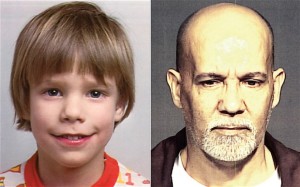 Three boxes of evidence from the investigation into the 1979 disappearance of Etan Patz have turned up while a suspect is on trial for the killing, and his attorney said Monday that she may have to seek a mistrial or at least recall witnesses who have already testified.

Alice Fontier, one of the attorneys representing Pedro Hernandez, said there were more than 1,400 pages of relevant information in one box alone.

“Given this massive disclosure at this point, in the middle of the trial, there may be issues,” she said. “We may need to recall some of their witnesses, we may need to move for a mistrial.”

The boxes were found recently at a Harlem police station that covers public housing complexes in the area, prosecutors said late last week. The location is miles from the precinct near where Etan disappeared on May 25, 1979, as he walked to school. Etan’s body has never been found.

The boxes contain police records from the investigation, notes from assistant district attorneys who worked on the case and handwritten memos from a detective who investigated Jose Ramos, a longtime suspect in the case who was never charged. Some of the information involves two informants who were working with prosecutors to try to link Ramos to Etan’s death. Other boxes contain missing-person posters, records of people arrested and catalogs of files made by the original detective on the case.

“There appears to be hundreds of pages of handwritten notes,” Fontier said.

Assistant District Attorney Joan Illuzi-Orbon said last week that prosecutors were working to turn over the information to the defense attorneys. They are still working on copying one box, she said Monday.

The discussion came as jurors watched a second videotaped confession and a third video, a shaky cellphone camera taken by police that shows Hernandez leading them from the former location of the bodega to where he said he dumped the body

In the other video, Hernandez admits to New York Police Department detectives that he choked the boy and put him in a bag, but he says the boy was still alive at the time. Hernandez is emotional with police, sobbing while he speaks. Jurors have already seen Hernandez on tape recount the story to prosecutors.

Hernandez, most recently a resident of Maple Shade, New Jersey, confessed in 2012 to choking Etan in the basement of the SoHo convenience store where he worked as a stock clerk. He told police he put the boy’s body in a bag, stuck the bag in a box and walked it down the street where he dumped it with some curbside trash. His defense says the admissions were the fictional ravings of a mentally ill man with a low IQ who didn’t understand his right to silence.

Hernandez’s defense plans to call some people involved with the investigation into Ramos, a convicted child molester who remains jailed on a Megan’s Law violation.