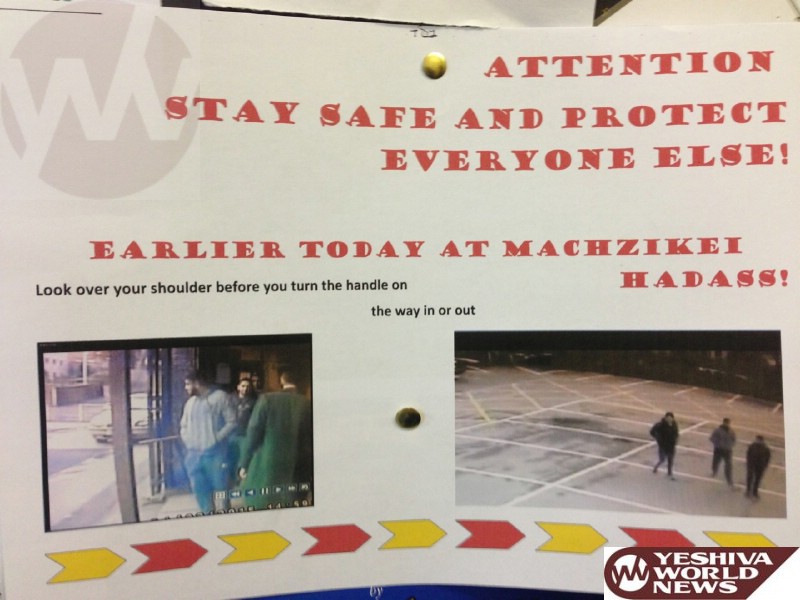 Three suspicious males entered the Machzikei Hadaas Shul in Manchester UK, Tuesday afternoon, prompting a warning to be sent around the community.

Sources tell YWN that around 4:30PM Tuesday afternoon, three Muslim males entered the Shul, and started telling people inside that they came to “make peace”. They were quickly escorted off the premises prior to the arrival of Police or Shomrim.

Police are in possession of the security cameras from the Shul, and Detectives are trying to identify the suspects.

The incident has the community on edge prompting Manchester Shomrim along with police to add additional patrols due to the ongoing concern.