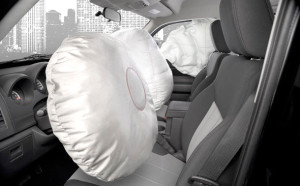 The auto industry, fed up with slow progress toward finding the cause of air bags to explode with too much force, has hired a Virginia rocket science company to investigate the matter.

The companies also named David Kelly, a former acting administrator of the National Highway Traffic Safety Administration, as project manager for the investigation.

Air bags inflators made by Takata of Japan can explode with too much force, sending shrapnel into car and truck cabins. At least six people have been killed and 64 injured due to the problems, which surfaced a decade ago. So far, about 17 million cars and trucks have been recalled in the U.S. to replace the inflators, but Takata has been unable to pinpoint the cause.

Takata uses ammonium nitrate to create a small explosion that quickly inflates its air bags. But government investigators say the chemical can burn faster than designed if exposed to prolonged airborne moisture. That can cause it to blow apart a metal canister meant to contain the explosion. Automakers, Takata and the government all want to find out just how much humidity and time it takes to cause the problem, both of which are unknown.

Orbital ATK has the ability to quickly simulate the impact of humidity on the propellant over long periods of time, the automakers said.

“We are confident that their extensive experience will help speed and advance the ongoing technical investigation of Takata air bag inflators,” the companies said in a joint statement.

The automakers are led by Toyota and include BMW, Fiat Chrysler, Ford, General Motors, Honda, Mazda, Mitsubishi, Nissan and Subaru.