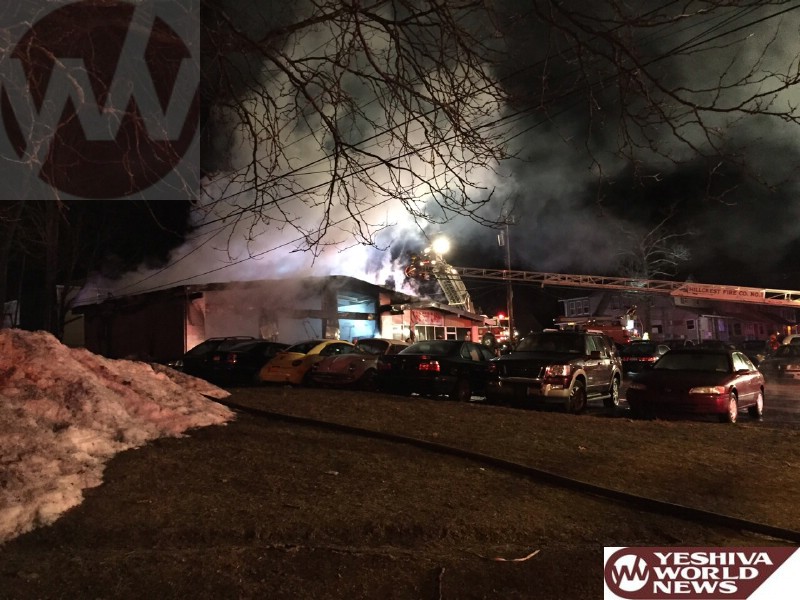 At approximately 2:44AM Thursday morning, the Ramapo Police Department responded to 311 North Main Street, in the Hillcrest area of the Town of Ramapo for a reported structure fire. The building is known as the Hillcrest Service Center, and was found to be fully engulfed in flames upon officer’s arrival. While on scene, an officer observed that a residence located at 2 Locust Street was endangered by the encroaching flames. The officer alerted the residents to evacuate as a precaution. That residence ultimately was not damaged by the fire.