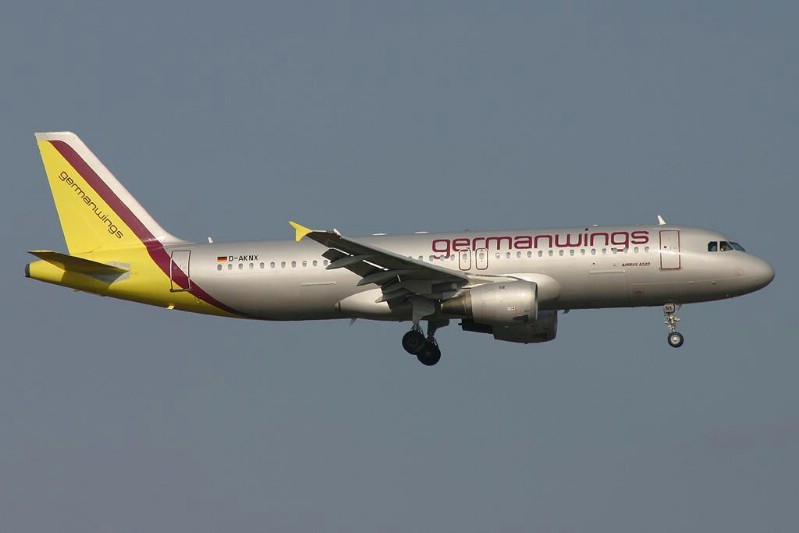 A passenger jet carrying 148 people crashed Tuesday in the French Alps as it flew from Barcelona to Duesseldorf, authorities said. As search-and-rescue teams raced to the remote region, France’s president warned that no survivors were expected.

Eric Ciotti, the head of the regional council in southeast France, said the crash site was at Meolans-Revels, near the popular ski resort of Pra Loup.

The Germanwings Airbus A320 plane sent out a distress signal at 10:45 am local time then crashed in a mountainous zone at an altitude of about 2,000 meters (6,550 feet), said Pierre-Henry Brandet, the French Interior Ministry spokesman.

Brandet told BFM television that he expected “an extremely long and extremely difficult” search and rescue operation because of the area’s remoteness.

Capt. Benoit Zeisser of the Digne-le-Bains police, said there were some clouds but the cloud ceiling was not low and there did not appear to be turbulence. He told the French network iTele he could not comment yet on the state of the debris site.

In a live briefing Tuesday, Hollande said it was probable that a number of the victims were German. He said the area of the crash was remote and it was not clear whether anyone on the ground had been injured by the crash.

“It’s a tragedy on our soil,” he said, adding he would be speaking with German Chancellor Angela Merkel.

Germanwings is a lower-cost unit of Lufthansa, Germany’s biggest airline. It has been operating since 2002 — part of traditional national carriers’ response from rising European budget carriers. It serves mainly European destinations.

The German Federal Bureau of Aircraft Accident Investigation said it was sending three people to France to join the investigation. French Interior Minister Bernard Cazeneuve, the country’s top security official, was among those headed to the crash site.