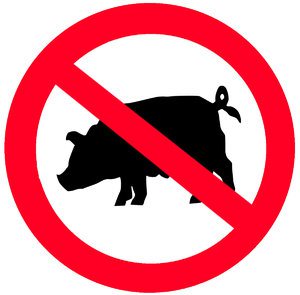 Chareidi parties are leading the battle to prevent the opening of a store selling pork products in Petach Tikvah. The new store is set to open in the coming weeks in proximity to the Segulah Cemetery.

The chareidi parties and askanim are battling the opening of the store in the courts as well as via public opinion including protests. Shas leader in the city Oriel Bosso told Kikar Shabbos News “We are talking about a store that will open near the Segulah Cemetery in Petach Tikvah. The store present is failing and they are planning to sublet to a store that will sell pork. We are using all means at our disposal to prevent the opening of the store.”

Bosso explains the chain that owns the new store is 50% owner in another store so if the judicial efforts do not pan out, they will launch a consumer boycott.

Bosso added while there are stores in the city that unfortunately sell chametz on Pesach, this is far worse, citing only the store’s outer wall would separate between it and the cemetery and this is an unacceptable reality. “We are working with gedolei yisrael to prevent this from occurring” he added.