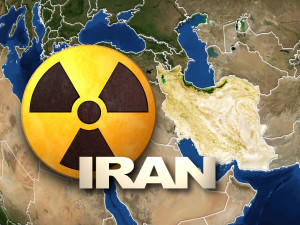 In selling the Iran nuclear deal to Congress and other skeptics, President Barack Obama said it is built on “unprecedented verification,” telling his radio audience over the weekend: “If Iran cheats, the world will know it.”

Only time will tell if Obama is right. While Iran could try to push back or cover up, it certainly has little incentive for deceit.

Its negotiators returned home to jubilant crowds hailing the prospect of an end to the crippling economic sanctions that forced Iran to the negotiating table in the first place. On Tuesday, even the chief of Iran’s powerful Revolutionary Guard joined in praising their efforts.

Tehran thus is unlikely to risk the prospect of having the sanctions re-imposed — the penalty for cheating. More likely, Iran will push for every loophole any agreement provides but honor it, and wait out the strict restrictions any deal will impose.

Still, hoping that Iran will toe the line isn’t enough. Distrust about its intentions will persist long after the fleeting good vibes generated around the negotiating table by last week’s preliminary deal. It was designed to at least temporarily cap such potential Iranian bomb-making nuclear activities.

That has left the United States and its negotiating partners seeking tight controls against potential Iranian deceit. The commitments Tehran has signed on to certainly go further than ever before to ensure that if it does try to clandestinely circumvent restrictions on its nuclear program, it will not get away with it.

Iran can afford to bide its time — it resisted efforts to demolish its nuclear infrastructure, leaving it intact. That allows it to quickly expand to dimensions dwarfing its present capacities once constraints are lifted, starting 10 years after any accord takes hold.

Obama on Tuesday acknowledged as much, telling NPR News that Iran could have the capacities to build a nuclear bomb within roughly 13 years of the emerging nuclear deal.

As negotiators try to turn a sketchy understanding into a comprehensive deal by June 30, Tehran’s nuclear history cannot be ignored.

Iranian atomic activities that the U.S. and its five negotiating partners are now trying to restrict were born of secrecy. Iran has repeatedly played for time since they were revealed, blocking probes while drawing out negotiations meant to curb the programs — and using the weeks, months or years won to expand nuclear activities instead.

That means that Iran again could turn to delaying tactics to blunt sleuthing attempts by the U.N’s International Atomic Energy Agency — even though on paper at least, Iran appears to have little wiggle room.

The IAEA already has a presence in Iran. Yet it has been allowed to monitor only Iran’s declared nuclear programs under agreements linked to Tehran’s ratification of the Nuclear Nonproliferation Treaty.

That is to change under any June deal.

Iran left the negotiating table in Lausanne, Switzerland, on Thursday with a commitment to implement the Additional Protocol, IAEA’s most potent monitoring instrument. In effect in nearly 150 countries, that agreement is meant to allow IAEA experts nearly unfettered access — normally within a day or two — to any site within those nations that the agency suspects may be used for secret nuclear work.

For Washington, lessons learned from Iran’s nuclear past made such an agreement indispensable as part of any deal.

And although Tehran denies past, present or future interest in the bomb, the IAEA believes it may have worked secretly on nuclear arms — suspicions shared by the United States and other countries.

Iran’s willingness to hew to terms imposed by the Additional Protocol is by no means a given.

While accepting an Additional Protocol between 2003 and 2006, Iran often balked at the kind of intrusive inspections the agreement was supposed to guarantee. The U.S. State Department says Tehran only “implemented it provisionally and selectively.”

Washington hopes to avoid a repeat through a “dispute resolution process” that it could turn to if it wants a special inspection of any site at any time. If cheating by Iran is revealed, the preliminary deal allows a “snap-back” of sanctions that were previously eased to reward Tehran for good behavior.

But Iran may push back on any dispute. And that could give it plenty of potential cover-up time.

Whether it’s IAEA’s 35-nation board or a specially created U.N. panel, any arbiter is bound to be composed of multiple countries, including some with more sympathy for Iran than harbored by the United States and its Western allies.

That means that consultations leading to any ruling that special inspections are necessary could take, days, weeks, even months — with Tehran fighting it all the way.

And while U.S. intelligence agencies will be on sharpened lookout for cheating, they’re not infallible.

The intelligence community was wrong in assessing that Iraq had significant weapons of mass destruction. As well, a 2007 National Intelligence Estimate concluding that Iran apparently halted nuclear weapons work in 2003 has since been contradicted by the IAEA, as well as U.S. allies including Britain and Germany. All say Tehran may have continued such activities past that date.