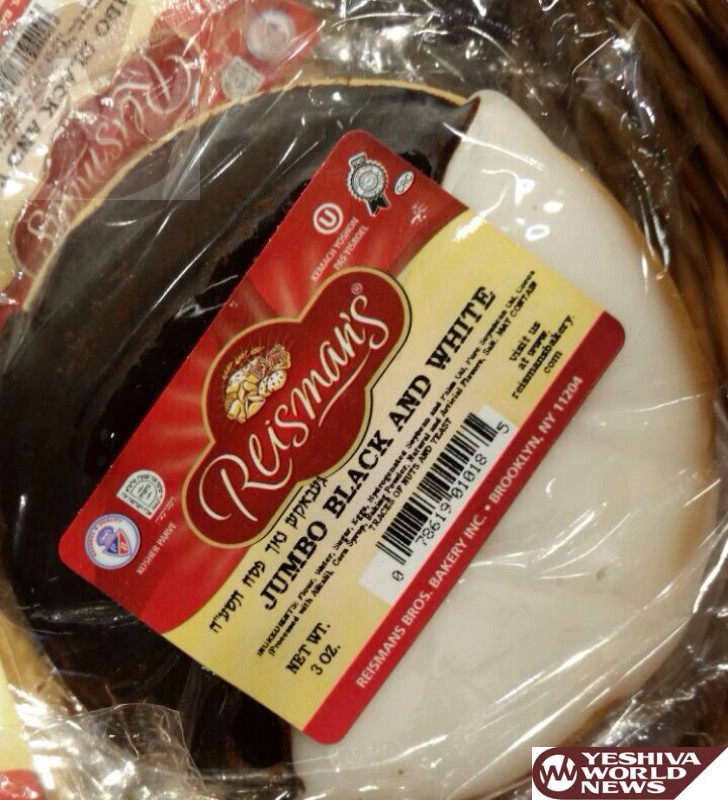 A photo that went viral on social media on Tuesday has caused much grief for a business that has been servicing the Frum community for more than 50 years. The photo in question was taken on Tuesday morning in JFK Airport. The photo shows a Reisman’s “Black and white cookie”, which was displayed by a vendor in the airport. On the package, it says in Yiddish “Gebaken Noch Pesach” (Baked after Pesach 5775). The photo spread like wildfire on Social media (Whatsapp, Twitter etc). Voice notes began spreading in the name of Rabbonim, and eventually a fictitious letter – along with a forged signature surfaced as well.

One bogus letter even claimed that an individual took responsibility for what he called a bad joke and had photoshopped the image.

YWN spoke with Shia Friedman of Reisman’s Bakery to inquire what transpired.

Despite many statements currently viral on WhatsApp, the following is the only statement put out by Reisman’s Bakery regarding this issue:

Reisman’s Bakery sent an order to a vendor at JFK airport a few days before Pesach. Labels that were meant to be used after Pesach were mistakenly put onto a total of 24 “Black & White Cookies”. Minutes after hearing of this error, a representative of the bakery ran to the airport to ensure that these items were immediately disposed of. Other than these 24 pieces, all other products that will have the label “gebaken noch Pesach” will indeed be baked after Pesach.

We have become aware that people are circulating letters allegedly signed by us. Any letter other than the above statement did not originate from Reismans Bakery.

We respectfully request that people stop writing false letters using our company name. Even if you have good intentions, we prefer to speak the truth. Thank you.