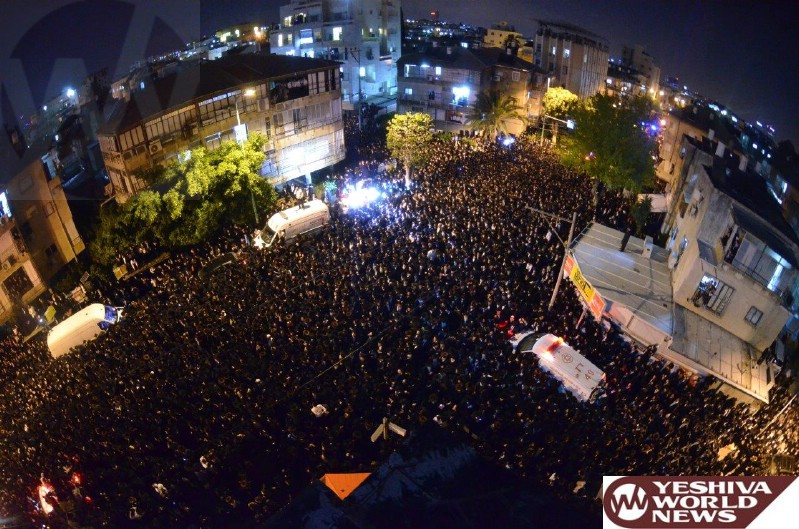 Police continue probing the levaya of HaGaon HaRav Shmuel Halevy Wosner ZT”L following the tragedy which claimed the life of a young avreich and a Chosson, and left another in serious condition, and dozens of others with non-life-threatening injuries.

Police are focusing on the events in Yeshivas Chachmei Lublin, particularly the pushing and shoving that began when the niftar was being moved from the beis medrash, which led to the fatal event on the stairway in the building. Avreich R’ Mordechai Gerber Z”L, 27, was trampled to death and others are struggling for their lives in local hospitals.

Police are seeking to determine if there was negligence on the part of persons who set up for the levaya. While people have been summoned by police to give their account of what occurred, two people have been questioned ‘under warning’, which signals a criminal indictment is likely. One of the findings is that the stairs do not conform to an acceptable standard and in all likelihood they will have to be destroyed and rebuilt as a result of the police investigation.