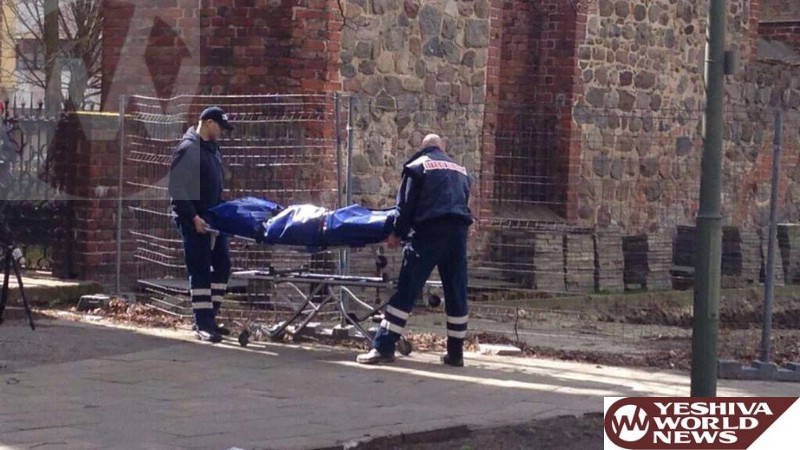 An Israeli citizen found dead in Berlin over the weekend had approached Chabad of Berlin for food and a place to sleep late last week and had made plans to attend the Passover seder there.

“A man in his early 20s came to us during the day last Friday and didn’t have a place to sleep and didn’t have anything to eat,” Rabbi Yehuda Teichtal, community rabbi of Berlin and director of Chabad-Lubavitch Jewish Education Center told the Associated Press.

Teichtal said a fellow rabbi arranged a place for the man to sleep at a community center near Alexanderplatz—the large public square and transport hub in the central Mitte district of Berlin—less than a mile from where the victim was found Sunday morning.

“We arranged everything for him, but then he didn’t show up again,” reported Teichtal.

The Israeli embassy said it had received confirmation of the man’s identity, but it declined to release the victim’s name or age. A police spokesperson in Berlin confirmed that investigators had found the passport of a 22-year-old Israeli man in the back pocket of the victim’s sweatpants. The man was found by passers-by early Sunday morning with “massive injuries to his head.”

Berlin has a vibrant Jewish community, which, like those of many cities in Europe, has been grappling with growing anti-Semitism. In recent years, a reported 20,000 to 30,000 Israelis have moved to Berlin.