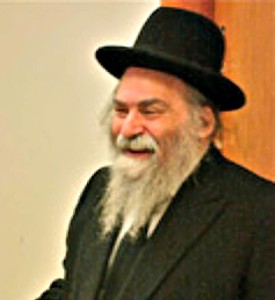 Translator’s note:  In the past week or so, many people have erroneously suggested that the Gedolim and Rabbonim who forbade the Kosher Switch did so out of “political reasons” – but not halachic reasons.  This is not the case, however.  Below is a translation of a responsa written on the subject by HaGaon haRav Shlomo Miller Shlita.  It clearly demonstrates that there are serious halachic animadversions to this device.  Some re-paragraphing was done and headings and explanatory notes were added to facilitate greater readability.  Permission was not obtained and any errors in understanding are my own.

In my opinion, one absolutely cannot permit the light switch called “The Kosher Switch.”  I do not have the opportunity to elaborate, however there is a great need to make two points in which, I believe, many people make an error.

It is my opinion that any ultimate resulting action done willfully on Shabbos involves the malacha of Tikkun Maneh – because he allows for its operation.  In regard to setting up of a watch /clock [YH – 16th century watch/clocks had to be wound every 12 hours and would announce the hour] , the Mishna Brurah writes (338:15) that while it is permitted to set it up from before Shabbos, on Shabbos itself it is forbidden.  This is true not only if the watch had stopped  that it is forbidden to cause it to function even just by moving the iron spring -and there is a Torah prohibition in this according to many Poskim because it is included in Tikkun Maneh, but even when the watch is still working it is forbidden to wind up the weights or the spring that moves the gears to keep it going.

[See the Shaarei Teshuvah subparagraph 18 whether this is biblically forbidden or Rabbinic.  It is obvious that even when it is not operative that there is a Torah prohibition according to many Poskim – this is even if it will begin to function after some time – where there is some blockage and he is merely removing the blockage afterward, nonetheless a tikkun maneh occurs now – when he is setting the watch.]

EXTENSION TO ALL AUTOMATED DEVICES

The same is true with any act that he transfers to an automated device on Shabbos, and through that action the automated device will put it into action afterward –  this would now be considered tikkun maneh.

PROHIBITION OF NEGATING A VESSEL FROM SHABBOS USE

The Mishna Brurah writes extensively on the heter of Grama and the like:

See what he wrote in Siman 265 in the Mishna Brurah (SK 6) regarding the prohibition of “negating a vessel from Shabbos use” (YH – the sages forbade causing the vessel to become unusable on Shabbos because it appears or is similar to breaking the vessel). He cites the Maharil’s suggestion to place a vessel under the table [on Friday].  The Mogen Avrohom agreed to this, while it is still daylight on Friday to place a vessel under the table, and on Shabbos after the meal to remove the table and the vessel will remain by itself under the oil lamp.  And even though he is causing on Shabbos to negate a vessel from its Shabbos use through removing the table, nonetheless it is permitted – because he is not negating it directly with his hands on Shabbos.  And further, we are not careful in placing a vessel on Shabbos on a table under an oil lamp, even though oil falls in it because his intention is not for that.  Therefore, here too, they do not intend for that when he removes the table, but rather to save the table so that the oil lamp does not spill onto it.”

FORBIDDEN EVEN THOUGH THERE IS NO GRAMA

But to perform both actions together on Shabbos –

Even though the negation from Shabbos use will not come until after the table has been removed and after the oil has fallen into the vessel, nonetheless, it is subsumed within the prohibition of the sages of negating a vessel from Shabbos use.  And even though one would have thought to permit it through the concept of Grama and through the concept of “merely removing an obstacle” it is nonetheless forbidden.

SAGES FORBADE IT DUE TO PERMANENCE

And the reason that the sages forbade this is that the sages of blessed memory knew that if he would do this, it would be something that happens always.  They understood that over the course of time the prohibition of “negating a vessel from Shabbos use” could become undone.  They permitted Grama only in chance instances such as a fire where the matter is not permanent each Shabbos, and he will not, through this, come to violate extinguishing.  Whereas this is not the case regarding a permanent thing.  For it is forbidden to place a vessel under the table on Shabbos and afterward remove the table (or if the table would be removed through an automatic device afterward) even though each individual action by itself is permitted.  If so, in every situation of Grama where it is set up permanently, it would not be permitted – just as we do not permit a Grama of causing a vessel to be pulled out of Shabbos use [Bitul Kli m’haichanu].

[According to the second reason cited by the Mishna Brurah, that he does not intend that the oil fall into the vessel it is possible that it would also be permitted to place the vessel under the table on Shabbos and subsequently remove the table with the intent to save only the table – and that which the Mishna Brurah only permited it on Friday could be because he only permits it when there is a combination of both of the reasons.]

CERTAINLY TRUE FOR A KOSHER SWITCH

Whatever the case may be, if it is forbidden to place a vessel under the table and afterward remove the table, it is certainly true that the Kosher Switch would be forbidden.

In general, the issue of Grama is a very complex subject.  For even though it is permitted to place pottery containers filled with water in front of a fire as explained in Siman 334:22, doing so with a “wall of snow” in front of the fire is a debate among the Rishonim.  See Tosfos (Shabbos 47b) that it is the opinion of Rabbeinu Tam and Rabbeinu Chananel that only doing so with  pottery containers filled with water is considered a Grama and would be permitted.  But this would not be the case with a “wall of snow” for there would be no hefsek (block) between the water and the flames.

The Baalei Tosfos there suggest that perhaps according to our version of the Talmud it might be permitted with a “wall of snow.”  See the Ritvah who explains that the Tosfos question Rabbeinu Chananel’s and Rabbeinu Tam’s opinion from the case of a garment that caught fire.  In that case it is permitted to place water on the other side [of the garment].   The Ritvah explains that wherever there is a space between the water and the fire it is considered a blockage – since it is possible for the fire to go out before it arrives there.

GRAMA IS WHEN YOU DON’T NECCESARILY WANT IT TO HAPPEN

And even though there is to further examine the exact meaning of his [the Ritvah’s] answer, nonetheless, it is clear in his words that according to Rabbeinu Chananel the leniency of Grama is only because it is possible that the fire can extinguish beforehand.  See the words of the Rashba (Shabbos 120a) that only a wall of containers is permitted, because it is possible that they will not crack.  However, a wall of water would not be permitted.  This is also the opinion of the Raavad and the Ramban in explanation of the Rif’s opinion.  See the responsa of the (Avnei Naizer Siman 230) what he writes regarding the leniency of containers filled with water – that it is considered like Ko’ach kocho [the derivative power of his power] see there.  That even though when a person has intent one does incur a violation – here his desire is that the fire not pass at all and it is his desire that the containers not crack and that the waters come out and extinguish the fire – On the contrary, he would like that the containers not crack at all and that the fire go out even before it reaches the containers – see what he writes there in his pilpul.

GRAMA WHEN ONE INTENDS FOR IT TO HAPPEN

The truth is that in all situations of Grama when a person has the intent to make it happen – the Meforshim have already explained that it is possible that there is no exemption of Grama.  Indeed, the opposite is true, since it is explained in Bava Kamma 60a that even though if one throws it to the wind and the wind assists him in regard to the laws of torts (damages) it is considered a Grama, nonetheless in regard to Shabbos one incurs a violation, as the Torah forbade knowing actions.  See the Yeshuos Yaakov at the end of 334 what his grandson Moreinu HaRav tzvi Hirsch that there are many Poskim who forbid Grama if he intended for it (see Divrei haMaschil “V’Adayin.”)

NO GRAMA WHEN ITEM ITSELF IS BEING TOUCHED

The opinion of the Rosh is also known that one who removes oil from an eggshell [with a small hole at its bottom] that lays above a [lamp] vessel – it is considered true “extinguishing” and one incurs a Shabbos violation – even though the extinguishing only happens after some time has elapsed.  See what the Avnei Naizer Siman 232 has written regarding the Rosh’s opinion.

Whatever the matter is, the Rosh’s opinion is that the leniency of Grama is only when the person does not touch the item that is actually lit, but rather did something completely extraneous that will cause it to extinguish when it reaches there.  But here, both the oil and the wick are actual [internal] causes of the fire and one who diminishes either one of them in order to hasten the extinguishing – incurs a Shabbos violation.  That is – even on an act of extinguishing that comes after time has elapsed this is not considered a [mere] Grama [but rather a direct action] since the person did an act to the item that will light [albeit] after some time – even though at this point no malacha was done to it.

It comes out from our words that Heaven forbid that one should permit the switch called the Kosher Switch.  Boruch Hashem many choshuva Rabbis have written to forbid it.  It is [further] obvious that there is Zilzul Shabbos here in that they wish to make Shabbos like a weekday.  Shabbos to us is a blessing not a “problem” that needs to be resolved in order to be like a weekday and that there be opportunity to do on Shabbos what can be done during the week, Heaven forbid.  And with Hashem’s help we should merit to understand that the observance of Shabbos is a blessing to us.

Original Hebrew can be found at http://5tjt.com/translation-of-rav-shlomo-millers-responsa-on-kosher-switch/