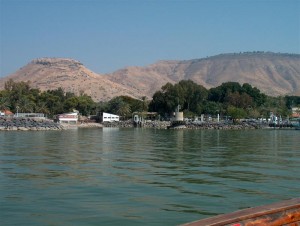 A 17-year-old chareidi male who dove into the Kinneret went into traumatic arrest. The youth jumped from Chori Beach and apparently his head struck a rock and he lost consciousness.

Police received a call at about 06:45 Wednesday morning for a man drowning. Ichud Hatzalah’s Adi Sror explains “When I arrived at the scene he was out of the water. He was in cardiac arrest. I began CPR and other responders were on the scene shortly thereafter”.

B’chasdei Hashem the EMS team including MDA paramedics succeeded in restoring his spontaneous pulse and respirations as a result of advanced life support measures. MDA paramedics transported the victim to Poriah Hospital in Tiveria.

A name for Tehillim was unavailable.