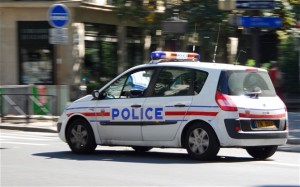 Two Jewish residents of Paris were assaulted on the street Friday by a gang of about 40 people, prompting police to warn Jewish business owners in the neighborhood to be extra vigilant, the Algemeiner reported.

The newspaper, quoting Israeli French JSS News, said the attack occurred on Boulevard Voltaire in Paris’ 11 arrondissement. The victims were described as being in their 20s.

JSS News said police had launched an investigation and warned the many Jewish business owners in the Right Bank area to take precautions.

The attack, the latest in a series of anti-Semitic assaults, was associated with two anti-Israel groups, the paper reported, citing security personnel.