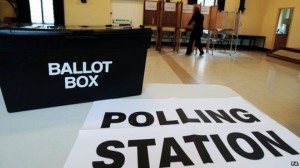 If the exit poll in Britain’s election is borne out, the result will be a big disappointment for the opposition Labour Party, which had expected to better the 256 seats it had held before the election.

The exit poll predicts that Labour will get just 239 of the 650 seats in the House of Commons. It expects the ruling Conservatives to get the most seats — 316 — and possibly form the next British government.

Most observers felt Labour leader Ed MiIiband ran a solid campaign, but his party was all but wiped out in Scotland by the rise of the Scottish National Party, which favors independence for Scotland.

The Conservatives also campaigned hard on a message that Labour’s left-of-center economic policies would mean instability for Britain.