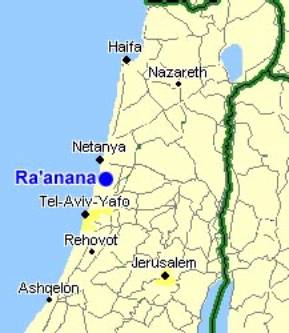 The baptism event that took place recently on a Shabbos in Ra’anana is far from forgotten and it is responsible for the turbulence in City Hall. Two religious councilwomen have submitted their resignations in response to the event and pashkavilim are seen in the city calling on members of Bayit Yehudi on the city council to resign as well.

Likud Councilwoman Rochel Ben-Ari was one of the councilwoman to resign, explaining she entered the council with a desire and a dream to assist and serve the tzibur at large but during her tenure, she has been placed on hold instead of receiving responses to her questions and inquiries. “The effort to silence us was not beneficial and someone will have to accept responsibility and address my statements as constructive criticism. I will no longer serve as a rubber stamp” she said.

Two days after she resigned, Bayit Yehudi Councilwoman Drora Cohen followed suit, explaining her resignation was a sign of protest to the baptism event. She explained she acted on her conscience as she cannot tolerate the events taking place in the city. The baptism was the straw that broke the camel’s back. “I will continue working for the tzibur and the city from the opposition” she concluded.

She told the dati leumi Kippa website “we promised voters if the baptism event is held we would step down. I promised and kept my word”. Cohen makes no effort to hide her anger towards party colleagues who are still members of the coalition.

In the public letter circulated she speak of the “fire” and the “agreement with a cult of missionaries and representatives in City Hall” and the need for others in the coalition to step down. She questions how City Hall can permit itself to become a vehicle and to fund a baptism event run by missionaries, using public funds for such an event.