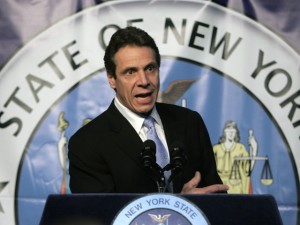 New York Governor Andrew Cuomo’s introduction today of a brand new “Parental Choice in Education” initiative was enthusiastically welcomed by Agudath Israel of America as “a watershed moment, a true turning point in the longstanding effort to provide meaningful tuition relief for needy parents who send their children to yeshivos and other nonpublic schools.”

The new proposal would provide for $150 million annually in education tax credits, the majority of which would be set aside for (1) tuition paying low income parents of nonpublic school children, and (2) contributions to scholarship funds for needy students in nonpublic schools.

According to Rabbi Chaim Dovid Zwiebel, Agudath Israel’s executive vice president, “Governor Cuomo has offered a bold new proposal that in significant ways goes even farther than the educational investment tax credit that was under consideration earlier this year. This is a historic development, a tremendous breakthrough for the cause for which we have been advocating for many decades. Kudos to the Governor for his vision, his persistence, his political courage!”

Rabbi Shmuel Lefkowitz, Agudath Israel’s vice president for community affairs, is in Albany today together with Leon Goldenberg, a member of Agudath Israel’s Board of Trustees, spreading the message about the Parental Choice in Education Act in the New York State Senate and Assembly. “We already have a robust agenda with the state legislature, but this new proposal by Governor Cuomo immediately jumps to the top of our priority list. We will use all of our advocacy resources to support the Governor on this vital game-changing initiative.”