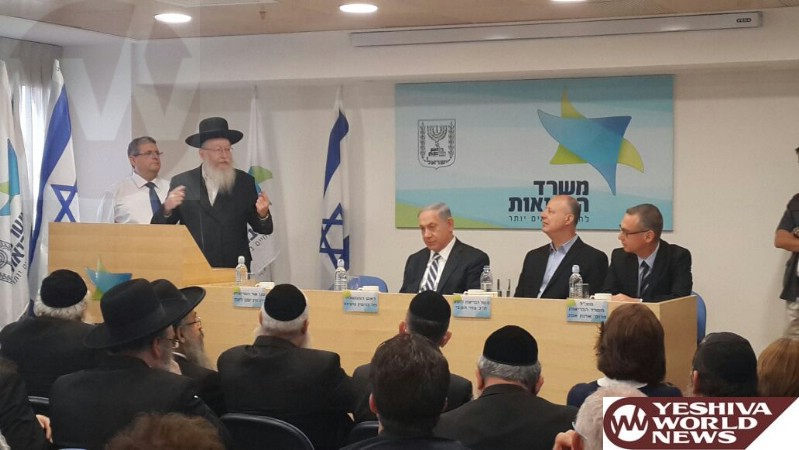 Being that he serves as Minister of Health, Prime Minister Binyamin Netanyahu attended the event, telling reporters his presence should send a message as to the importance of the Health Ministry post.

Litzman stated “A chareidi knows how to be deputy minister”, adding “Rav Fuerer has been serving as a deputy for the health community for 40 years and no one has even complained”.

“They are waiting for you with great anticipation” stated Mr. Netanyahu, adding “and this is not good but in your case, there is widespread support for the right man in the right place…”

Regarding a Yesh Atid party petition to the Supreme Court seeking to compel a minister and not a deputy minister run the ministry, Mr. Netanyahu added “I am aware the issue has some legal ramifications and therefore, if the Supreme Court rules that you must be a minister, I think it would be the correct thing to do and honor the High Court’s ruling”.