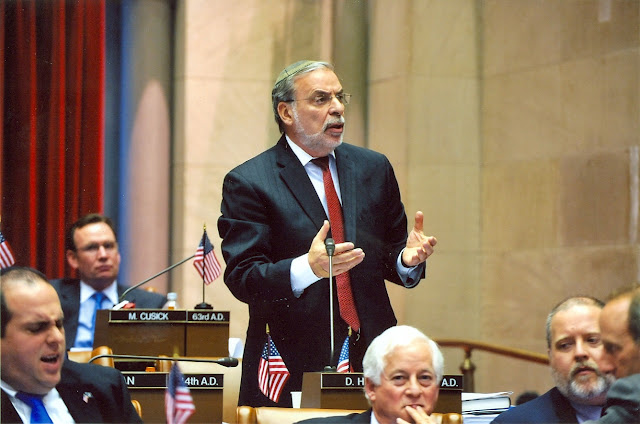 Assemblyman Dov Hikind (D-Brooklyn) and his colleagues are working on a bill to prevent New York State’s pension fund from doing business with companies that boycott Israel. The bill already has the support of more than a dozen Assembly Members on both sides of the aisle and follows on the overwhelming success of a similar bill that was unanimously passed in the Illinois legislature and is set to be signed by the State’s Governor.

“Thanks to a well-oiled propaganda machine, Israel is a uniquely vilified nation state,” said Hikind, a staunch supporter of the State of Israel. “The BDS movement (Boycott, Divestment and Sanctions), the strategy of economic warfare, is rooted in anti-Semitism and a denial of Israel’s right to exist. It’s purpose is to delegitimize Israel.

“There’s no BDS movement against any other country. It’s time for New York State to make it clear where we stand. I applaud the lawmakers in Illinois who unanimously recognized the implicit lawlessness of boycotting Israel and I am proud to raise my voice, along with my colleagues in the Assembly, in support of ending the unethical, disingenuous, and frankly racist boycott against this legitimate nation and its people.”