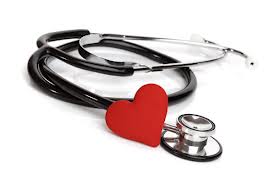 Israel Health officials report a case of rubella has been confirmed in a 47-year-old woman who arrived on Shabbos 5 Sivan with high fever in the area Terem Emergency Clinic. She also had a runny nose and a cough. While these signs and symptoms may accompany other illnesses, the team at Terem were fearful she has rubella. Dr. Nathan Haviv confirmed the diagnosis. After confirming the diagnosis Terem notified Health Ministry officials as required.

The illness has all but been eliminated in Israel as children are vaccinated against it, Dr. Dina Zimmerman explained. Dr. Zimmerman is the director of the Terem branch in Modi’in. She also points out that there are still those parents who do not wish to have their children vaccinated and this has resulted in a “comeback” of the illness. The illness can become complicated and lead to pneumonia and/or long term brain complications.

Terem officials in Modi’in add that the appropriate measures have been taken after learning of the diagnosis of the woman with rubella.