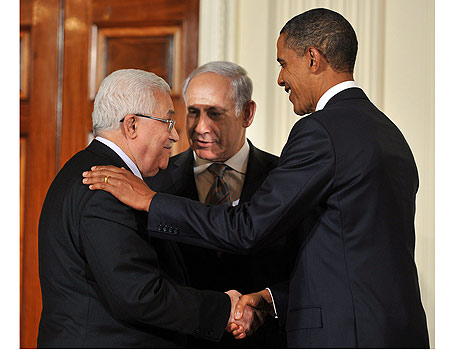 According to Kamal al-Khatib, a senior official in the Israeli Islamic Association, the policies of the current Netanyahu administration compel a violent struggle. Khatib is the deputy director of the organization. Khatib stated the recent remarks by Deputy Foreign Minister Tzipi Hotevely regarding Israel’s Biblical right to the Land of Israel are reflective of this administration’s policies, which al-Khatib is certain will lead to a violent conflict between Jews and Muslims over who has the right to the land.

The Israel Islamic Association often incites followers against the State of Israel, with Khatib now calling on Muslims to step forward in defense of Har Habayis. Sheikh Raid Salah, who heads the Islamic Association, has been imprisoned for assaulting police as well as for assisting Hamas with funding. He regularly incites against Israel yet the organization remains legal and enjoys the protection of the Israeli legal system. Prior to US President Obama visiting Israel, the Israel Islamic Association called on the US leader to refrain from visiting Har Habayis during his visit to Israel.

Khatib announced “protecting Har Habayis is not just the job of residents of Jerusalem, which has been occupied since 1948…but the job of the international Islamic community”

Khatib accuses Israel as viewing Arabs as enemies instead equal citizens and he feels a violent struggle between Arabs and Jews over the ongoing occupation is a certainty.