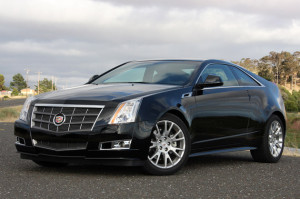 Another first in Yerushalayim, a high-end car show for chareidim is going to be hosted in the Jerusalem Arena, opening on Tuesday, 15 Sivan 5775. The event is being billed exclusively for chareidim interested in buying a luxury vehicle.

The event is billed as a ‘first-ever’ and the vehicles are being furnished directly from the importers in the hope of making a number of sales. Cadillac Israel and other high-end dealers explain they are aware that some chareidim can afford and would love to own a luxury vehicle but do not because of ‘eye gouging’ of the tzibur at large.

The playing court of the stadium will be converted to a showroom for Cadillac, Rover, Infiniti, and high-end models of Toyota, Dodge and Chevrolet. The dealers are willing to make the investment in the hope of finally penetrating the chareidi high-end vehicle market.

Pinchas Shachar, who is behind the fair, explains he has met with many a successful chareidi businessman who is in a position to permit making such a purchase and organizers are hopeful the car show will persuade at least some of them to do just that. It is reported that potential buyers will be permitted a test drive in the confines of the stadium. Persons entering the fair will have to show and ID card and valid license, a step organizers’ hope will distance youths seeking to take advantage of the event which is intended for serious buyers only.