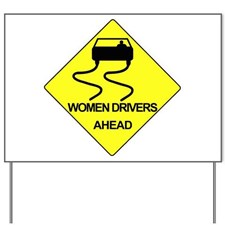 The media has widely reported that a Belz Yeshiva in England has forbidden women from driving their children to Yeshiva. It was further reported that if the mothers do not comply, the children will be thrown out of Yeshiva.

In a letter sent to parents last week, seen by the Jewish Chronicle, they say there has been an increase in the number of mothers driving their children to school and add that this has led to “great resentment among parents of pupils of our [Hasidic] institutions”.

The letter says the ban, to come into force in the summer, is based on the recommendations of Rabbi Yissachar Dov Rokeach, the Belzer spiritual leader in Israel.

It says that if a mother has no other choice but to drive her child to school – for medical reasons, for example – she should “submit a request to the special committee to this effect and the committee shall consider her request.”

The question is what does halacha have to say about this?

It seems, of course, that the majority view of the Poskim is to allow it, as most Chareidi communities certainly allow women drivers. It was also the view of Rav Elyashiv to allow it. In a work entitled Ohel Yaakov (page 302), Rav Elyashiv zt”l is quoted as saying that although women should not drive in areas where it is not the custom to do so, there is no concern whatsoever in women driving elsewhere. This is certainly the predominate halachic view.

On the other hand, there are Poskim in the Chareidi community that have written otherwise. Rav Menashe Klein z”l in his Mishnah Halachos (Vol. XII #300) writes to forbid it, Rav Mordechai Gross Shlita a Rav in Bnei Brak also writes that it is a problem of Tznius in his work V’haya machanecha Kadosh (p. 15). The biggest authority who looks askance at the practice is Rav Shmuel Vosner z”l in his Shaivet haLevi (Vol. IV #1).
With due respect to the view of the latter three Poskim, however, I would like to suggest a source that indicates that, at least in the time of the Shulchan Aruch, it would have been permitted.

There is a fascinating Shulchan Aruch (CM 308:1) that discusses whether someone who rented a donkey may allow a woman to ride on it without having had specifically contracted to allow it. The conclusion is that the renter may not do so. Rav Yehoshua Ben Alechsander HaCohain, the author of the Smah (1555-1614) explains that the reason is because of weight pattern differentials between genders.

The Chasdei Dovid on the Tosefta in Bava Metziah (7:6) provides a different explanation. He writes that women are not as proficient at riding as men are. Therefore, the one who rented it did not have them in mind necessarily, and it would require that it be stipulated specifically that a woman is riding the donkey.
It is clear, however, that both according to the Smah and the Chasdei Dovid, there is no breach in modesty whatsoever in allowing a woman to ride a donkey. There is no question that riding a donkey in public allows for more public exposure than driving a car. We see, therefore, that from a strict halachic point of view, there was no basis whatsoever to restrict a woman from driving a car.

One could perhaps argue that we are on a higher spiritual level than the people who lived in 16th century Tzfas. However, the general understanding of things is that as each generation progresses we are on a lower level of spirituality, as seen from the Gemorah in Shabbos 112b: If the earlier generations were like angels than we are like men etc.

Aside from this, however, there are four factors that are perhaps relevant to the issue. Admittedly, some readers will vehemently disagree with these four points, but these points do bear on the issue at hand and must be considered. These issues should be discussed with intelligence and not emotion.

Another issue that must surely be taken into account is that when we forbid women to drive and they have a necessity to get to where they must go (doctor’s appointments, grocery shopping, schools, and numerous other things) what ends up happening is that they need to take taxis. This creates an exposure that can, in our generation be much worse. This author is personally aware of two such incidences involving cab drivers that were, indeed, quite horrifying. Often these incidents are suppressed, however, and the general public is unaware of them. One can speak to Askanim to ascertain that these incidents are, in fact, quite real.
The communities in Eretz Yisroel are far different than those in Chutz La’Aretz in terms of distance. Our institutions in Chutz LaAretz are not “around the corner” as they are in Eretz Yisroel communities. We must be ever careful in creating a situation where we are forcing our women to be at the mercy of men. Logically, it is far safer for a woman to be able to travel by herself than to have to be dependant upon men, strangers or no strangers, for rides.

One way or the other, these children have to get to school. If the wife is not driving them, it will probably end up that the husband would be driving them. In the working Chareidi community in the United States, many of the men are attending shiurim in the morning or at least they are learning some of sort of Seder during these precious morning moments. Causing the men to drive car pool or to bring the children to school will invariably be the cause of Bitul Torah.

There is yet another very significant point that the new rule is affecting. The Gemorah in Brachos 17a poses a question as to how the women of Klal Yisroel earn merit. The underlying rationale behind the question is that since women are exempt from the Mtzvah of Talmud Torah, and the merit of that Mitzvah is so extraordinary, how then can women earn a parallel merit to their husbands? The Gemorah answers in that they bring their children to the Bnei Knishta to study.

A final issue is also relevant. The great leaders of Torah were always looking to make things easier for Klal Yisroel. This is a manifestation of the Torah Mitzvah of v’ahavta l’rayacha kamocha. Thus, we see in the Gemorah in Moed Katan 27b how Rabban Gamliel haZakain, when he saw how Jews were burying their dead in the finest of clothing, declared that plain burial shrouds should be used instead. He did so to make life easier for Klal Yisroel. In Hilchos Shabbos, we see how the great Tzemach Tzedek (of 17th century Poland), cited by the Mogain Avrohom in the beginning of hilchos Shabbos, once ruled (responsa #28) that when local fishermen collude and lift up the price the fish excessively, a prohibition can be levied upon the consumption of fish on Shabbos. It may take a week or two or even three, but eventually the collective buying power of ordinary people would force the price back down. The Tzemach Tzedek did so to make life easier for Klal Yisroel.

This new rule seems to be making things more difficult for both the men and women of that community. There is no question, of course, that Tznius is a very important aspect of our Avodas Hashem. However, all of the above factors must be taken into account – especially when it is highly likely that the “cure” may create an even greater breach of Tznius.

May Hashem guide us all in all our endeavors.