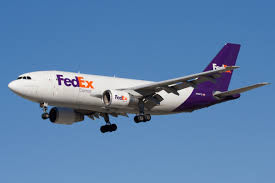 Israeli citizens were married and then moved to the United States. During their marriage the wife complained of physical and verbal abuse. She decided to leave her husband and their apartment in Florida, moving in with her mother in Florida.

The woman opened a divorce file with a New York beis din but the husband refused to give a get due to a custody battle regarding their daughter. The NY beis din sent the husband seven hazmanos for a number of hearings but he refused to comply.

The wife turned to a beis din in Israel for assistance. The case was given to the agunos unit of the Chief Rabbinate of Israel. It was explained to the woman that since the husband is not living in Israel that cannot impose sanctions on him.

Rabbi Eliyahu Maimon of the agunos unit placed the case in the hands of the USA Desk in the agunos unit. The wife was informed to make an attempt to monitor the husband’s travels and to notify the unit if he comes to Israel. In addition, they instructed the wife to contact the Yad L’Isha organization to open a file in the Tel Aviv Beis Din.

About two weeks ago the women telephoned to inform the agunah unit her husband was traveling to Israel. A court order banning him from leaving the country following his arrival was obtained. The Tel Aviv Beis Din summoned the husband, asking him why he regularly ignores hazmanos from the NY beis din. The wife’s attorney presented documentation from the NY beis din showing the husband has ignored hazmanos to date. After a measure of persuasion, the husband agreed to give a get but during the interim, the wife was hospitalized in the USA and she was unable to travel to Israel to accept a get.

The beis din decided on a get ‘shlichus’ in a time-saving measure, fearing as time passes, the husband may change his mind. The beis din turned to FedEx to use its “next day” service to complete the process within 24 hours. However, there were some problems in arriving at Ben-Gurion Airport in time as the get was written in Tel Aviv at 12:15 and the plane was scheduled to depart at 12:30.

FedEx agreed to hold the flight to accommodate the special package. The flight was held for a half hour. The get was in the hand of the wife within 22 hours of being written. Rabbi Maimon thanked FedEx publically for its consideration in such a sensitive case.