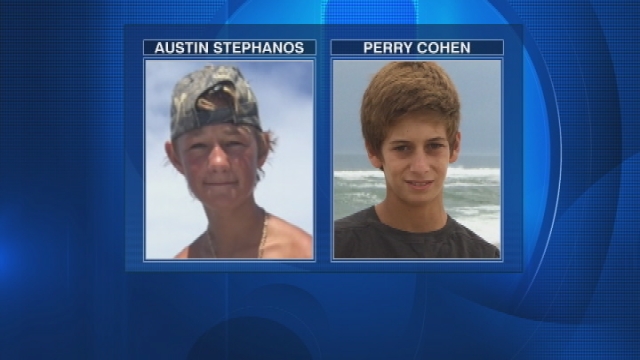 The Following is VIA Breaking911.com

Search-and-Rescue teams continued the search Monday for two boys after not returning from their fishing trip in the vicinity of Jupiter, Florida.

The US Coast Guard  located and confirmed a capsized boat found 67nm off ponce inlet, Fl. That was the boat that the boys used to go into the fishing waters.

Austin Stephanos, 14, and Perry Cohen, 14, are missing. The pair was last seen in the Jupiter area.

At approximately 5 p.m. Friday, watchstanders at Coast Guard Sector Miami received the report that both boys were aboard a 19-foot white single engine center console vessel. They were last seen at approximately 1:30 p.m after purchasing $110 worth of fuel.

National Football League Hall of Fame quarterback Joe Namath, who is a neighbor of the boys, offered a $100,000 reward to qualified searchers for the boys’ safe return.

The Coast Guard issued an Urgent Marine Information Broadcast and launched an HC-144 “Ocean Sentry” airplane and an MH-65 “Dolphin” helicopter out of Air Station Miami along with boatcrews from Coast Guard Station Lake Worth Inlet and Station Fort Pierce.
The Coast Guard intends to search  for the missing teens. Rescue crews have covered more than 5,300 square nautical miles and are currently searching off the coast of Melbourne, Florida.
(Source: Breaking911.com)