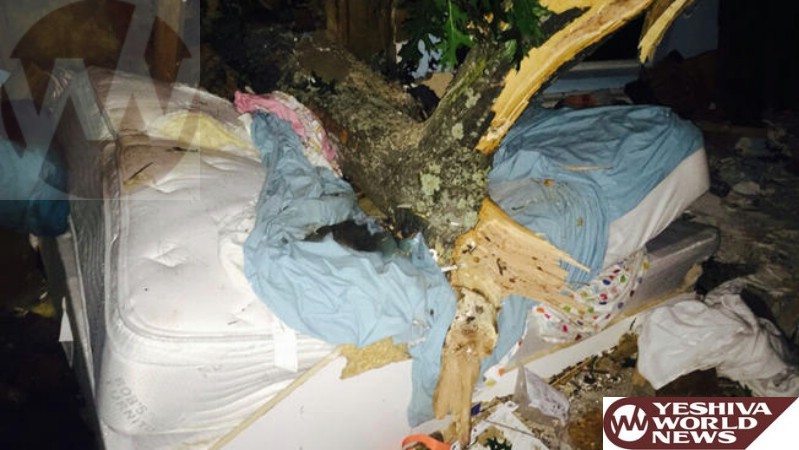 According to detectives, a large tree unexpectedly fell over, stuck the roof and collapsed into a second story bedroom of a Wooleys Lane East home. A 20 year old Jewish female, who was asleep at the time, became entrapped by the tree and debris that came to rest on top of her.

Numerous Fire Departments along with the Nassau County Police Departments Emergency Services Unit responded to the scene and were able to free the victim from under the tree.

She was transported to North Shore Medical Hospital for treatment of multiple trauma injuries and is listed in serious but stable condition at this time.

Fire officials said she may have been saved because she was sleeping on her side and because some of the cushioning from her bed may have absorbed the shock.

Shocked family members didn’t want to comment immediately, but told fire officials that it was a miracle she was okay.

Officials don’t know what caused the tree to fall, but said it was not weather-related. Winds were blowing at a mild 6 mph and conditions were dry at the time the tree fell.