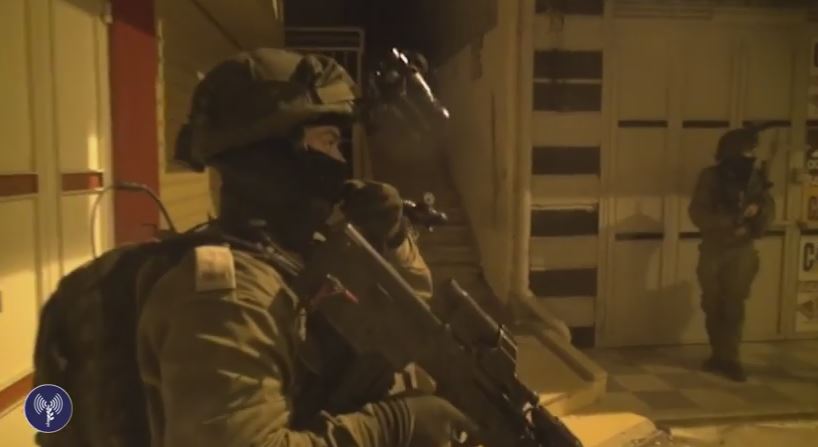 A terrorists fleeing border police in Kalandia to avoid arrest fell to his death from the roof of a building. When border police arrived in Kalandia on Sunday night the eve of 11 Menachem Av, they were attacked with rocks and cinderblocks. They were trying to arrest two residents suspected of planning a terror attack in Israel. One was apprehended and taken into custody while the second fled.

Soldiers implemented the appropriate protocol and they fired at his lower extremities, striking him. The suspect did not give up and tried to jump from a rooftop to another but fell and sustained serious injuries. He was treated by an IDF paramedic and was soon thereafter pronounced dead.

B’chasdei Hashem there were no injuries to soldiers.