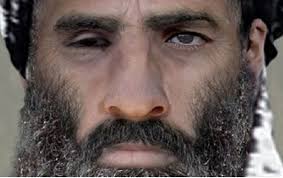 Here are some questions and answers about Mullah Mohammed Omar:

WHO IS MULLAH OMAR?

Mullah Mohammad Omar led the Taliban as its supreme leader during its rule of Afghanistan from 1996 to 2001. He has not been seen in public since the U.S.-led invasion of Afghanistan in 2001 and is regularly rumored to have died. He remains the head of the Afghan Taliban movement.

WHY IS HE IMPORTANT?

Omar is a figurehead for the Taliban, and as such has enabled it to present a united front in informal contacts and formal talks with Afghan government representatives aimed at ending the war there, now almost 14 years old.

WHERE HAS HE BEEN?

Mullah Omar is believed to have fled over the border into Pakistan after the U.S.-led invasion. Some believe he has been based since then in the city of Quetta, under the protection of Pakistani authorities.

WHAT WOULD HIS DEATH MEAN FOR AFGHANISTAN?

His death would leave the Taliban without a leader, making it vulnerable to fracturing under pressure as it enters into talks to end the war. This could damage the peace process, which is a priority of President Ashraf Ghani’s government.

WHAT HAS THE TALIBAN DONE IN HIS ABSENCE?

Even with Omar largely gone, the Taliban have waged a bloody campaign against Afghan security forces this year. Local police and soldiers now take the brunt of their assaults as U.S. and NATO forces ended their combat mission at the end of last year.