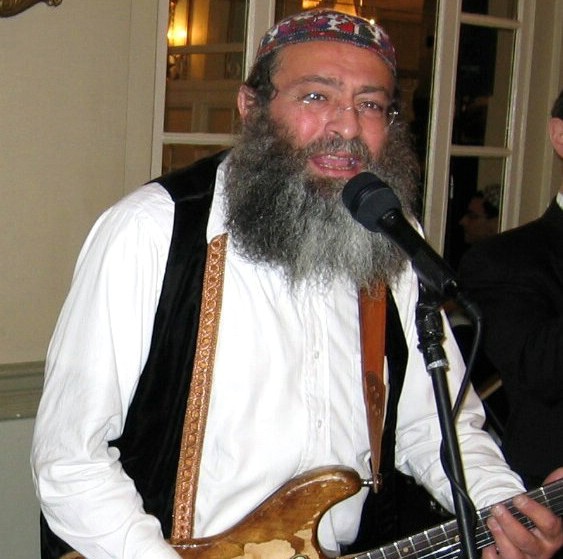 YWN regrets to inform you of the passing of famed Jewish guitarist and singer Yossi Piamenta Z”L. He was 64.

Yossi had the Zechus to be Misameach thousands upon thousands of Chasanim and Kallah’s at weddings in the past 35 years. His music touched many of us, and many of his songs are played at weddings every night.

Yossi Piamenta was battling a dreaded illness since being diagnosed more than a year ago, as thousands of his fans continue to pray for his recovery.

Sadly, he was Niftar on Sunday afternoon.

Never the one to say no, Yossi would always drop all he was doing and run to hospital or private home to cheer up those suffering from illness and disease. Yossi did countless amazing acts of chesed which did quietly for so many years. Chesed that we will never even know about.

Alwasy seen with a huge smile, Yossi was always seen holding a Sefer Tehillim in his hands in between dance sets at weddings – praying for the unfortunate ones.

Piamenta was born in Jerusalem, Israel in 1951 to Yehuda and Genia Piamenta. In 1962, when he was 12 years old, Piamenta moved with his family to Tel Aviv, Israel. There, he received his first guitar from his uncle, Albert Piamenta, an Israeli saxophonist. Growing up, he practiced traditional Judaism.

In his 20s, Piamenta moved to New York, together with his brother, Avi Piamenta, with the intention of working on a joint album with American saxophone player Stan Getz. The album was a success but Piamenta disapproved of the entertainment industry lifestyle and turned to religion, joining the Orthodox Jewish community.

Piamenta lived in Flatbush, New York, for over 20 years before moving back to Israel.

In August 2014, Piamenta – together with Avi Piamenta and Naftali Kalfa – released a single, “Yaancha,” calling it a “prayer for Piamenta’s recovery.”

Even after taking ill, Yossi traveled to the Gaza border during the last war to play for the soldiers.

In August of 2015 the Piamenta’s condition took a turn for the worse.

He passed away on Sunday in Brooklyn.

The Levaya is scheduled for Sunday evening at 8:00PM, in Shomrei Hachomos Chapels on Ft Hamilton Parkway in Boro Park. The Kevura will be in Israel.

Just a few weeks ago, YWN posted a story about a group of Jewish singers and superstars which visited Piamenta and made a “Kumzits” for him.