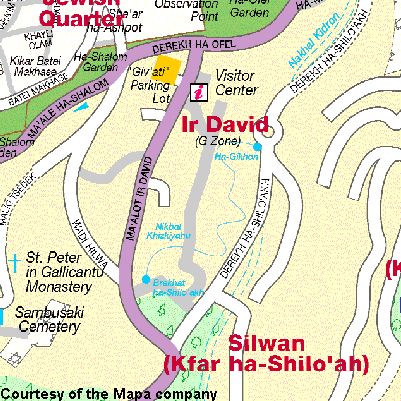 In an act of mesirus nefesh, a number of Jewish families on Thursday 12 Elul took up residence in the Shiloach area of the capital, known more commonly in the news as Silwan. The effort is part of a struggle to reclaim Jewish property by purchasing it from Arabs and then moving in to reestablish and strengthen the Jewish presence in those areas of the capital, which have been overridden by Arabs. The new homes are part of the area’s Beit Rachel complex that was owned by a Yemenite hekdesh. The Yemenite community was forced to flee following the bloody Arab riots of 1929 and those who tried to return were later ousted by the British occupation during the mandate period.

What often occurred is the Arabs moved into the homes and became de facto owners of the Jewish properties. They are repurchased in many cases at great expense for the families who sell must relocated elsewhere for selling homes to Jews carries a death sentence in the PA (Palestinian Authority). The homes have been Arab occupied since the liberation of Jerusalem’s Old City in the June 1967 Six Day War.

The driving force behind the land reclamation is spearheaded by the Ateret Kohanim Yeshiva and backed the philanthropists who have funded the ongoing effort over recent decades. Complicating the matter is the attitude of the governments of Israel since 1967, which still refer to these areas as “East Jerusalem”, setting the stage for the international community to view it as “occupied” by Israel. This categorization of “occupied” is also applicable to many Jewish neighborhoods of the capital in the eyes of the international community, home to hundreds of thousands of people. This includes but is not limited to Ramat Eshkol, French Hill, Pisgat Ze’ev, N’vei Yaakov, Gilo, Talpiot, Armon HaNatziv, Ramat Shlomo, and Ramot.