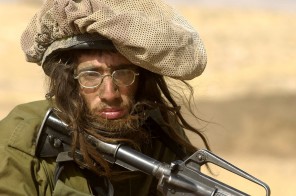 The IDF has recently announced a lowering of restrictions regarding beards in the military for religious soldiers, which is particularly significant for the growing number of chareidi soldiers. However, a recent petition filed with the High Court of Justice has throws a wrench into the new welcome situation. Attorney Lior Stelzer filed with the nation’s High Court claiming the IDF policy towards religious soldiers is discriminatory against non-religious soldiers, who are not permitted to have beards. As a result, the court has frozen the expected lightening of restrictions pending the outcome of the case.

Stelzer explains the policy discriminates as there must be one law for all soldiers, religious and not religious alike. He explains under the current situation a frum soldier can easily obtain the required authorization from the IDF Rabbinate while a non-religious soldier is compelled to request a special dispensation from his superiors, requiring approval from an officer of the rank of colonel and higher amid an awareness he is most unlikely to receive approval. Stelzer told the High Court that while most frum soldiers have received authorization, only a handful of secular soldiers can make the same claim.

Minister Gila Gamliel became involved prior to the petition to the court. She wrote to Defense Minister Moshe Ya’alon explaining the reason the IDF has prohibited beards over the years is the desire to maintain a clean outer appearance. Gamliel cited that secular soldiers who sport a trimmed beard in fact do not compromise the appearance while they have a beard. She cited that in the past there was one rule for everyone but today there are three categories; those with a beard for religious reasons, for health reasons, and those who simply wanted to sport a beard and received permission from their commanders. She pointed out that most of those who simply wanted a beard were not permitted to grow one.

Gamliel, who serves as Minister of Senior Citizen Affairs, explained as a cabinet minister she is compelled to be an advocate for equal rights for all citizens, calling on DM Ya’alon to correct the discriminatory practice.