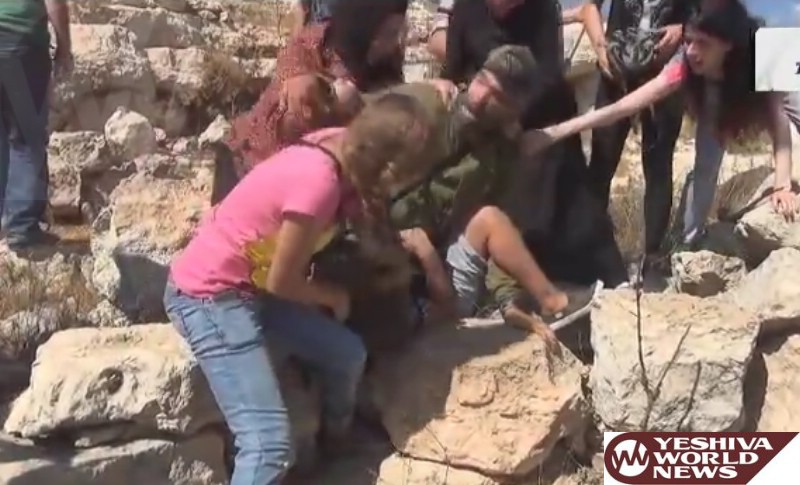 The video shows a number of Arab women attacking an IDF soldier from an elite unit, whose face is covered during operations to protect his identity.

The soldier appears helpless as they attack him. The attack occurred on Friday, 13 Elul, in the PA (Palestinian Authority) village of Nabei Salah in the Ramallah district. The soldier was violently attack by the women as they were operating in the area to arrest suspects allegedly involved in rock-throwing attacks.

The video has been making the rounds in social networking platforms. The IDF spokesman confirms the soldiers were attacked with rocks and they were in the process of arresting suspects when the attack occurred.

One can also see the press present, which complicates the lives of soldiers for if they respond with force, which the attacking women hope will be the case, the worldwide condemnations will be heard and the soldier is likely to pay the price.

Arnon, the soldier’s father, spoke with Galei Yisrael Radio on Sunday morning 5 Elul. He explained he is proud of his son for exhibiting the restraint he did under the circumstances. He explains if he son responded as he knows how, the situation would be aired in an entirely different light and this was the best possible outcome.