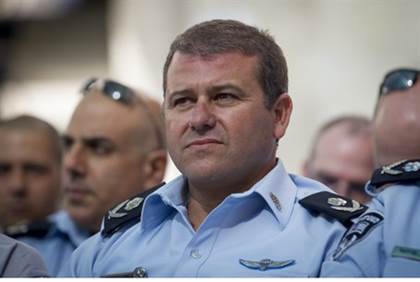 Jerusalem Police Chief Moshe Edri attended a meeting of Jerusalem leaders to discuss the deteriorating security in the capital. During the meeting attended by Mayor Nir Barkat and other city officials Edri explained the new open fire orders against persons throwing rocks.

Edri explained that in line with the new orders, not only can police fire at Arabs throwing rocks in eastern Jerusalem, but they can shoot at protestors throwing rocks in the eastern capital, including protests against the induction of talmidei yeshiva into the IDF.

Edri then commented on the demands placed on policemen in the capital, stating the police are not paid enough to justify the demands made.

“What do you expect from a policeman who earns NIS 5,000 monthly” stated the Jerusalem chief, adding “How can I enlist an additional 400 policemen at this salary? The policeman who must wear a flak jacket and helmet in the hot and cold, on yomim tovim and Shabbatot, 12 hours daily, is the same policeman paid NIS 5,000 a month, this is Israel Police”.