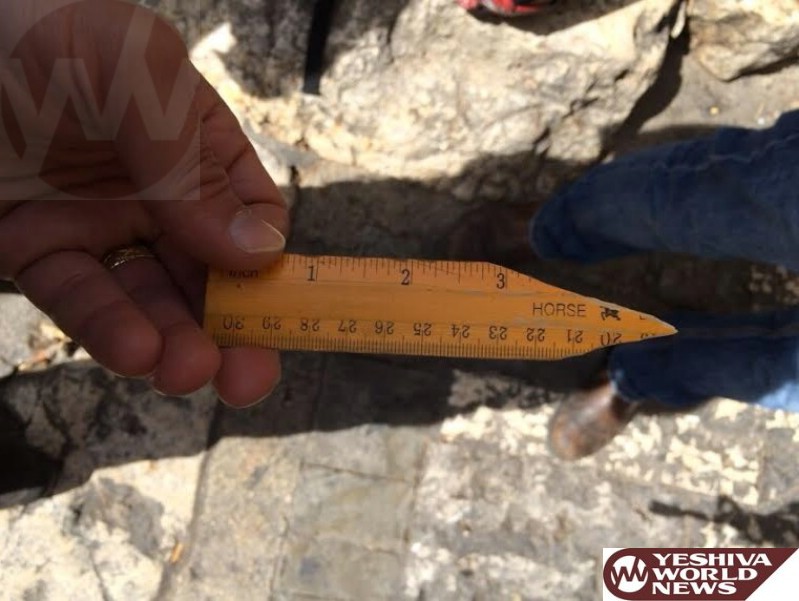 The movements of a 15-year-old Arab youth made police in Jerusalem’s Old City suspicious. The policeman saw the youth walking behind them on Monday morning 13 Cheshvan but they felt he was acting strange and stopped him to determine what was going on.

During a search of the youth they found a ruler that was filed down to represent a knife blade, possibly to use against them in an attack. The youth, a resident of the Silwan neighborhood of the capital, was taken into custody.