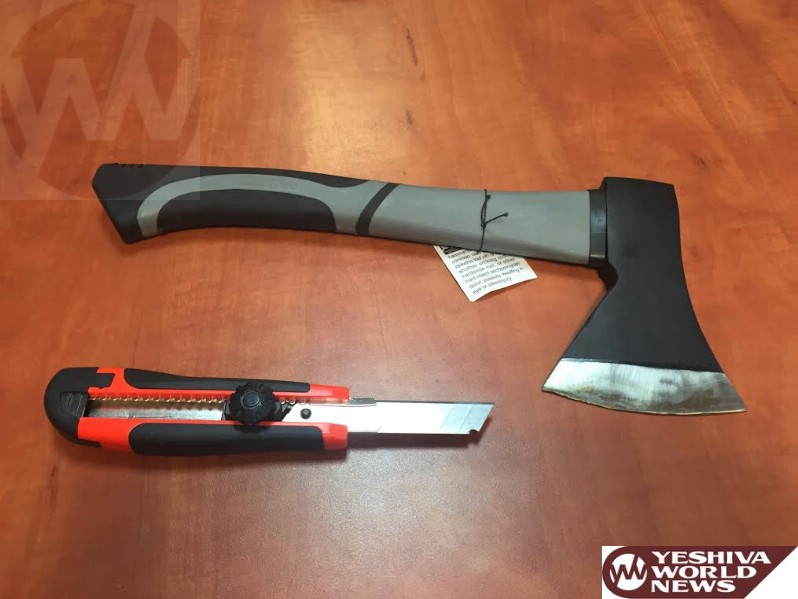 B’chasdei Hashem, a Jerusalem policeman heading to his shift was a shaliach to prevent another murderous Islamic terror attack. The policeman was walking in the area of Kikar Tzahal in the downtown area and he saw two Arab males who appeared too anxious for him to ignore.

He stopped and watched for a moment and realized they were casing the area, watching pedestrians as they pass by, presumably waiting to ambush someone. The policeman advanced and began checking them out, albeit from a distance. He found they were carrying a razor knife and an axe.

The suspects are 16 and 17-years-old, residents of A-Tur. The two were taken into custody.