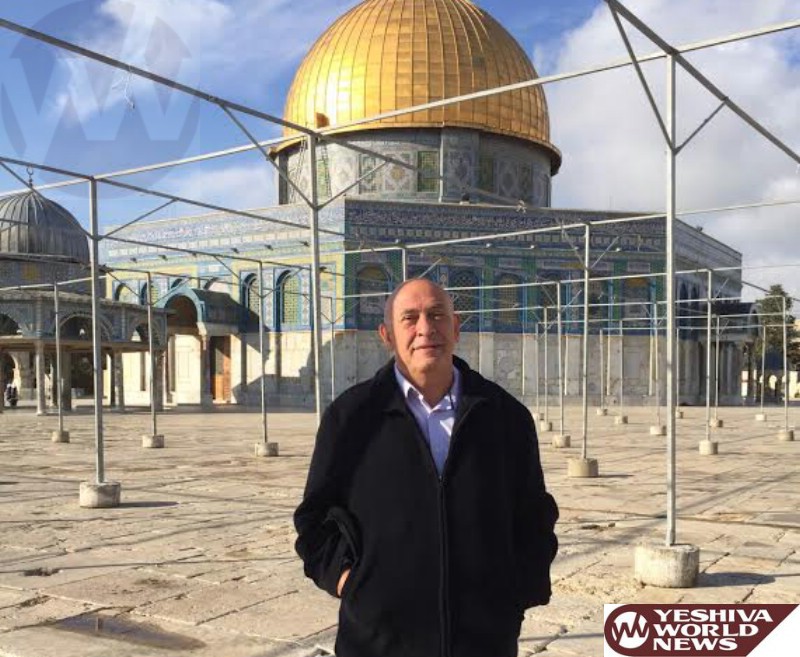 Ghattas stated “Today, October 28th, I succeeded in visiting al-Aqsa from Shar Shvatim despite Netanyahu’s decision to prevent Arab MKs from entering Harim el-Sharif. I am here to tell Netanyahu that he does not have sovereignty in Jerusalem and also not on al-Aqsa, and you (Netanyahu) and the occupation do not rule and will not prevent our people from exercising their right to prayer and visiting al-Aqsa. The occupation and you (Netanyahu) are doomed and this holy place will remain an exclusively Arab Islamic site”.

In response to the MK’s visit a Jerusalem police spokesman explained Israel Police carries out the government’s decision regarding Har Habayis and does its utmost to ensure visitors and worshipers act appropriately and respectful in the public domain on the holy site. Jerusalem police will continue to act professionally to maintain the status quo on Har Habayis, maintain order and security for worshipers and visitors alike”.

Minister of Public Security Gilad Erdan in response to the Arab MK’s visit stated “MKs who sneak onto Har Habayis as part of the provocation are contemptible in my eyes for inciting what might lead to the murder of innocent people. After this wave of terror we may not prevent elected officials from visiting Har Habayis for they have the right of freedom of worship as all others in Israel”.

Opposition leader Yitzchak Herzog added “Ghattas’ visit to Har Habayis is extremely serious. It is an attempt to boost the flames of terrorism in the country. He once again fans the flames unnecessarily at this sensitive time. It is very serious the prime minister blinks regarding compliance with his ban on politicians visiting Har Habayis. Deputy Minister Hotevely and Deputy Minister Ben-Dahan in their serious statements regarding Har Habayis and MK Ghattas ascent to Har Habayis endanger the security of Israel while the prime minister stands at the side. Israel needs a leader today, not a weak prime minister”.