YWN-ISRAEL reported on Tuesday, 12 Kislev, that an Arab male was found to be carrying a knife near the Jerusalem Central Bus Station and he was taken into custody, thereby preventing an attack.

Israel Police Foreign Media Spokesman Mickey Rosenfeld reports on Wednesday that a 19-year-old Arab male was arrested near the bus station, thereby preventing another terror attack. He provides a photo of the knife.

Israel Police report the suspect in custody is a resident of Jerusalem. 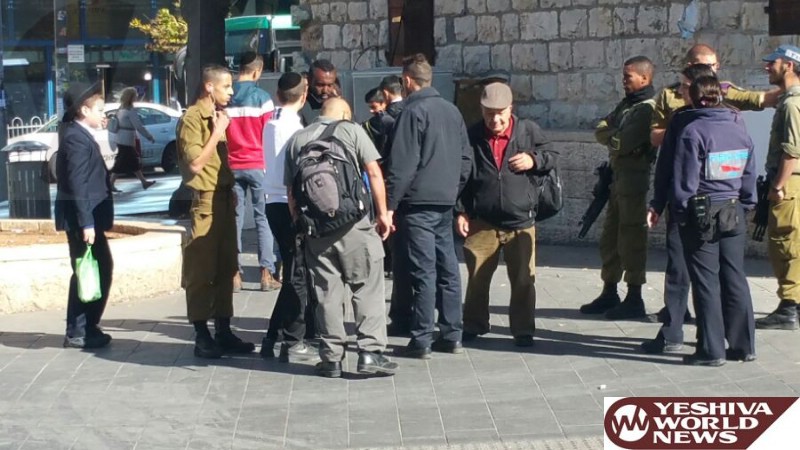