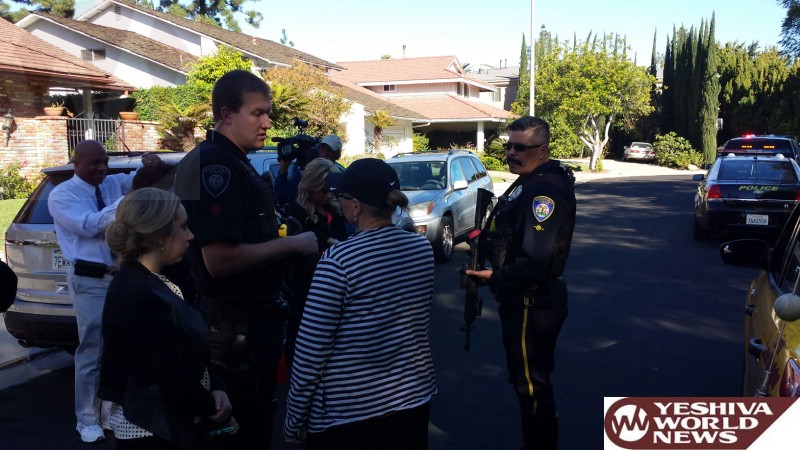 Los Angeles – Residents in Beverlywood were told to lock their doors and stay inside, as police hunted for burglary suspects in the Pico area of Los Angeles, Wednesday morning.

Sources tell YWN that police were chasing a pair of suspected burglars, when they bailed in the vicinity of the 1500 Block of Roxbury Drive, just off Monte Mar Drive. The incident reportedly started in Beverly Hills, and the suspects were chased by police.

A large police force was on the scene, with police carrying automatic weapons.

According to KTLA5, police initially responded to a call about a possible residential burglary, Sgt. Blake Nance of the Beverly Hills Police Department said.

A pursuit began, with the vehicle seen traveling on the wrong side of the road and driving through a stop sign.

The vehicle, which had damage to the front end, eventually drove down a long driveway and came to a stop under some trees at a home in the 1500 block of Roxbury Drive in Beverlywood.

The home was adjacent to the Hillcrest Country club in Cheviot Hills.

Two people, later identified as suspected burglars by Lt. Hoshino of the Police Department, ran away after being spotted in the yard where the pursuit came to an end.

Just after 10 a.m., one of the suspected burglars was spotted walking behind a home wearing a jacket and shorts.

He was taken to the ground by a K-9 unit just moments after turning a corner into a side yard, video showed.

Officers then took the man, whose shorts had apparently been torn off by the dog, to the waiting patrol cars in his boxers.

The second suspected burglar was already being held in the back of a patrol car as the man was being treated for his injuries. 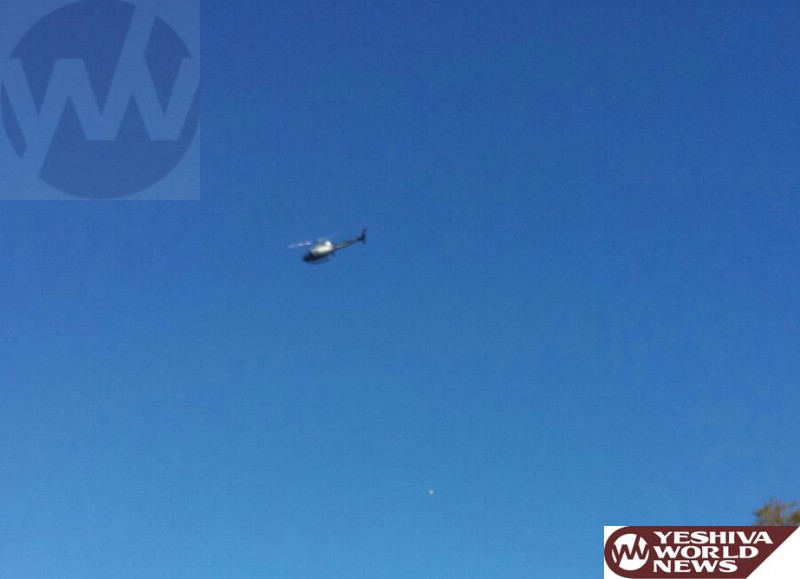 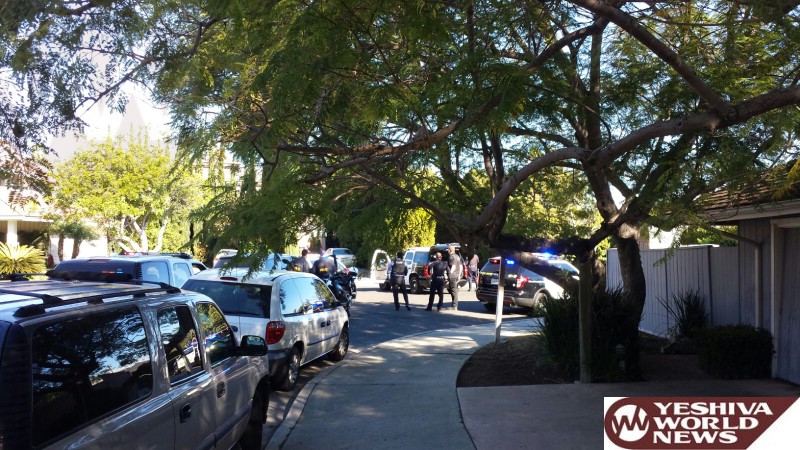 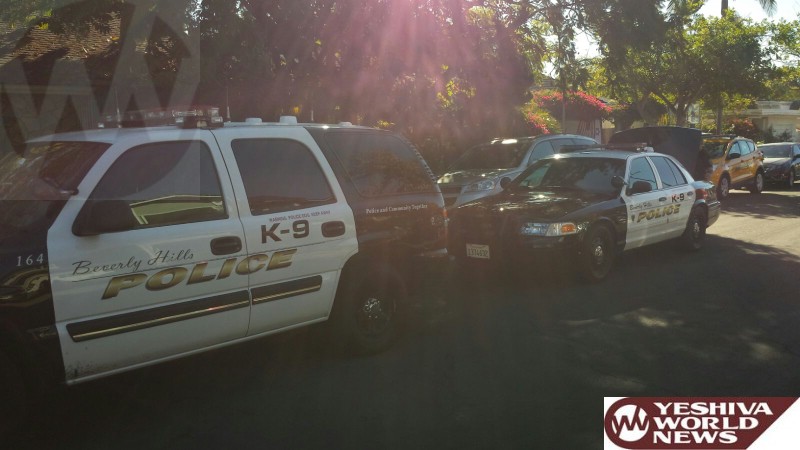 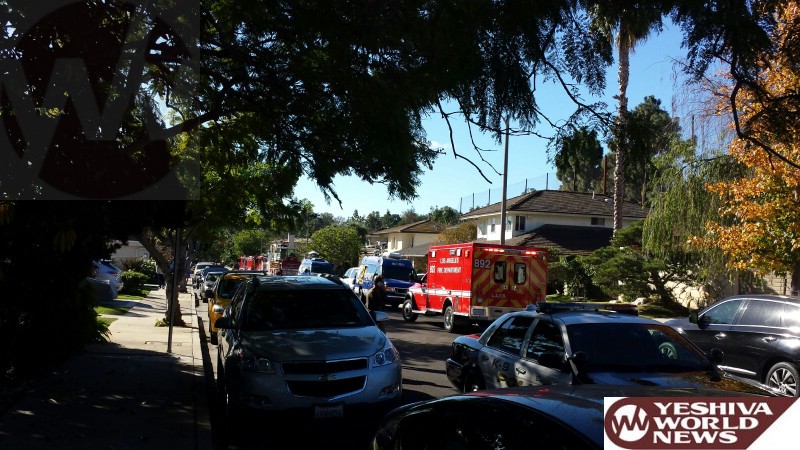 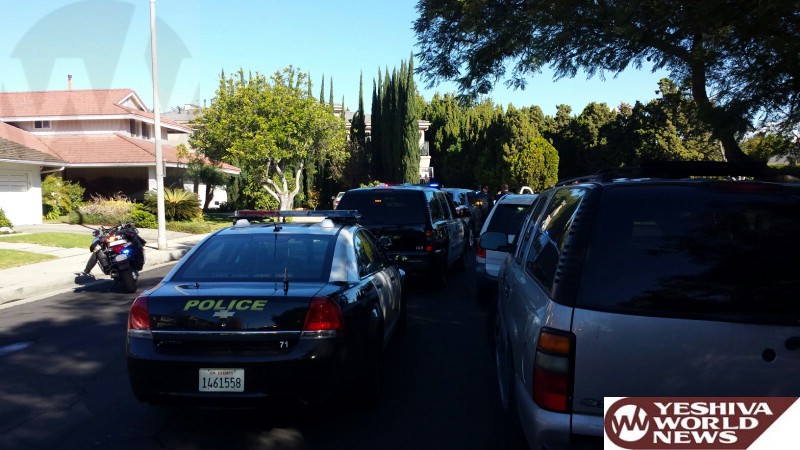 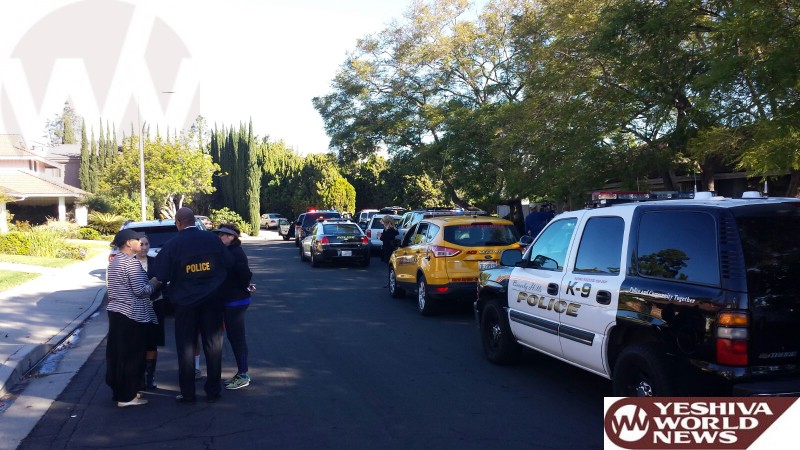