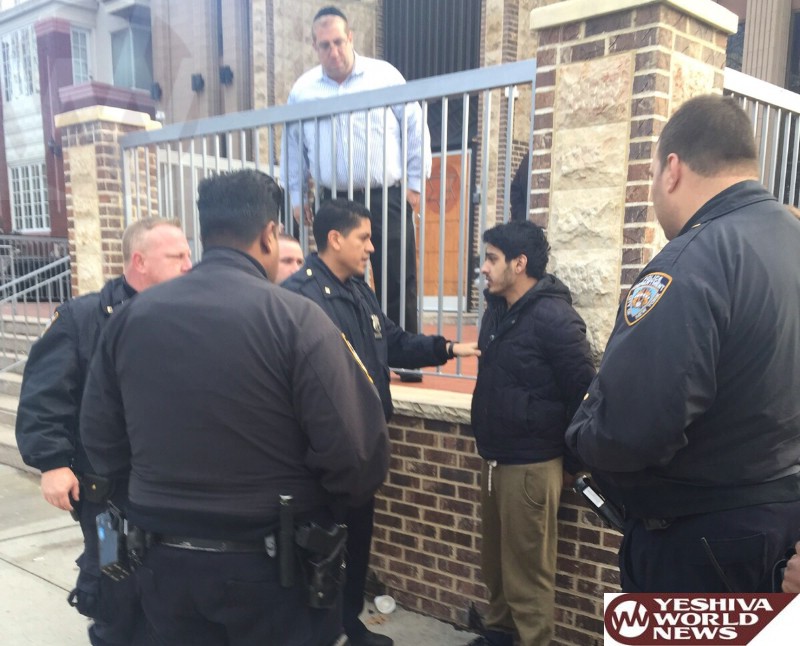 A man yelling anti-Jewish slurs on the steps of a large Brooklyn Synagogue  was arrested by the NYPD on Thursday morning.

The incident happened at around 7:30AM, when members of Ahi Ezer Congregation heard loud banging on the locked doors, and someone yelling on the steps of the prominent synagogue located at 1885 Ocean Parkway at the corner of Avenue S. For a few minutes, the man, who is approximately 20-years-old and of Middle-Eastern descent, screamed anti-semitic slurs, and tried getting into the locked building.

The NYPD and Flatbush Shomrim (FSSP) were called, and responded quickly.

A police source told YWN that the man might possibly be emotionally disturbed, and that NYPD Detectives are reviewing security camera footage to make a determination if the case will be turned over to the NYPD Hate Crimes Task Force.

The man was taken into custody, and transported to Coney Island Hospital.

Ahi Ezer Congregation is one of the largest Sephardic Synagogues in Brooklyn, and located in the center of the Brooklyn Sephardic community.

Police and Shomrim remind everyone that informed, alert communities play a critical role in keeping our city and community.

If you see something, say something!