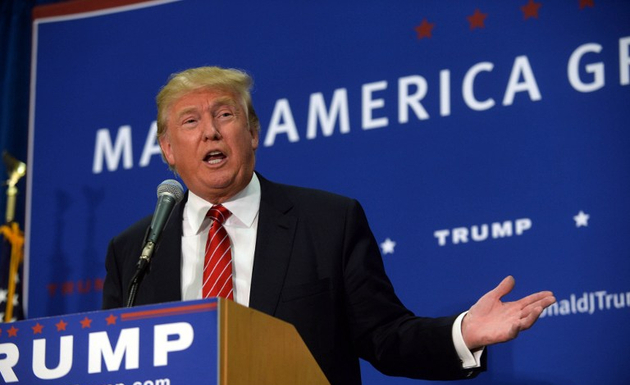 Donald Trump released a letter from his physician Monday declaring that the Republican presidential candidate will be “the healthiest individual ever elected to the presidency” if he wins in 2016.

The letter from Dr. Jacob Bornstein of Lenox Hill Hospital, identified as Trump’s personal physician since 1980, was released following a promise last week by Trump to disclose his medical records amid questions about the billionaire businessman’s health.

Trump, 69, has acknowledged eating a less-than-healthy diet — heavy on McDonalds — and said his primary form of exercise consists of speaking at campaign events.

Nonetheless, his medical evaluation — a glowing, four-paragraph assessment — said that Trump has suffered no significant medical problems over the past 39 years.

A recent exam, Bornstein wrote, “showed only positive results,” with a blood pressure rating of 110/65 and laboratory test results he described as “astonishingly excellent.”

“His physical strength and stamina are extraordinary,” Bornstein added, saying Trump’s only surgery was an appendectomy at the age of 10.

Trump often likes to boast of his stamina on the campaign trail, despite logging far fewer events than many other candidates.

A two-page letter by Clinton physician Lisa Bardack included references to Clinton’s hypothyroidism and seasonal pollen allergies, as well as a 2009 elbow fracture and 2012 concussion.