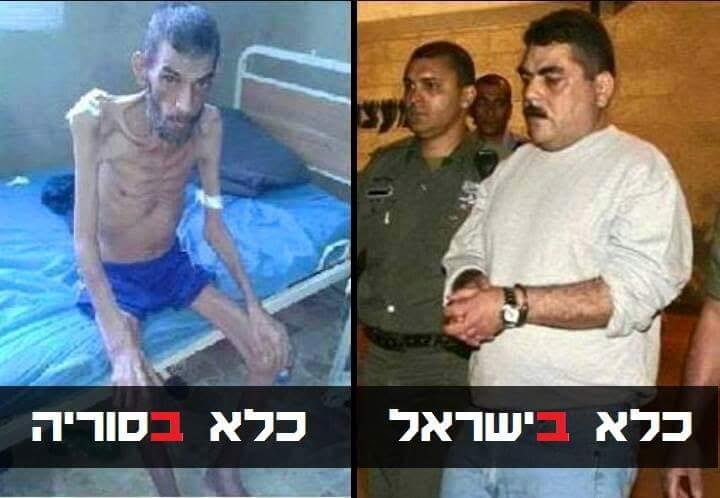 Popular Al-Jazeera host Faisel el-Kassem posted the following photo to social media explaining “This is how Samir Kuntar left Israeli prison, with a belly and a doctorate, and this is how one appears leaving a Bashar el-Assad (Syrian) prison, profoundly undernourished.

Kuntar, who was killed this week in an aerial attack of his apartment building in eastern Syria this week, an attack attributed to Israel, was imprisoned in Israeli prison for the 1979 terrorist attack he perpetrated in Nahariya. He was 16 at the time of the murderous attack that claimed the lives of four people.

He was released in 2008 in exchange for the bodies of two IDF soldiers.

During his imprisonment, he was married. While he was later divorced, during his married years his wife received a monthly stipend because she was granted the status of a wife of a prisoner. He was permitted to enroll in the Open University of Israel, of course at Israel’s expense, and during his years in prison, he earned a bachelor’s degree.