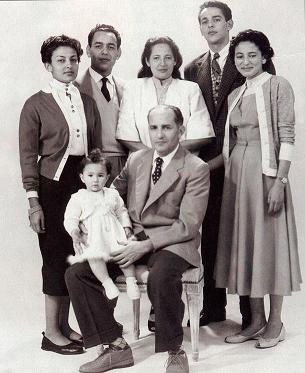 In the early 1940s, Jews were protected from discrimination and annihilation from pro-Nazi Vichy forces, when Morocco was under French rule.

“We are living at a time and in a world in which the collective imagination of our societies is too often impaired, not to say poisoned, by regression and archaism. By capitalizing on the depth and resilience of the legacy left by my revered grandfather His Majesty Mohammed V, we can, together, set out to recover the lost expanses of reason and mutual respect which have vanished from many parts of the world,” André Azoulay, royal advisor to King Mohammed VI read in a speech on behalf of the current king.