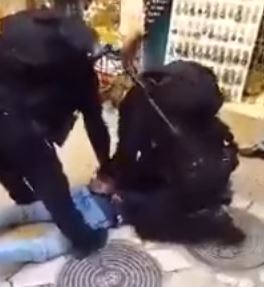 Police on Sunday, 15 Teves report that a stabbing attack was prevented on Morristan Street in Jerusalem’s Old City.

The report states policemen asked a young Arab male who appeared suspicious to identify himself. He then pulled out a knife at them. They managed to restrain him and take him into custody without injuries.

Earlier on Sunday a Palestinian terrorist stabbed an IDF Soldier lightly on a Jerusalem street. The terrorist was taken into custody.