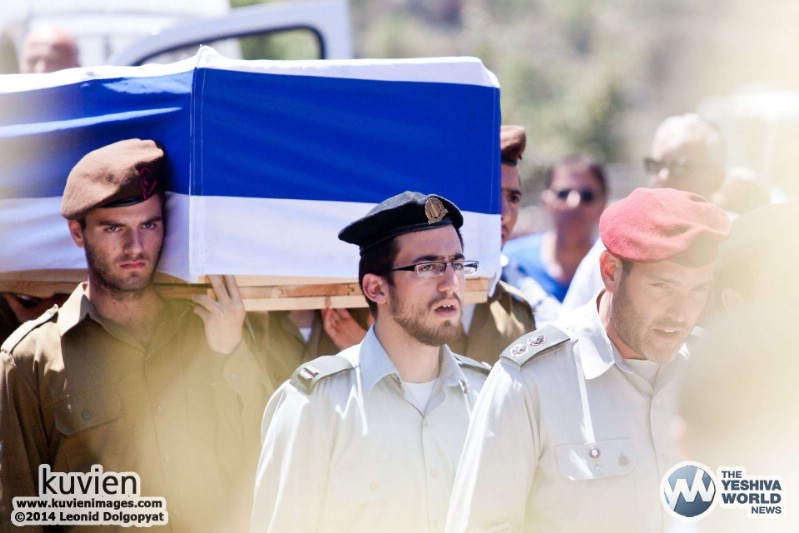 Defense Ministry legal counsel, attorney Achaz Ben-Ari, has instructed relevant IDF officials to incorporate new regulations permitting parents to have a secular levaya for their son if they so desire. This means a funeral void of any and all religious symbols, customs and tefilos. Ben-Ari was responding to a request from the Hiddush organization, demanding the military accommodate non-religious funerals for those who prefer them.

Former IDF Chief Rabbi Avichai Ronsky told the dati leumi Kippa website that from his perspective, while this did not exist during his tenure, and while this represents a shift in the status quo, if he would have been asked to permit such a funeral he would have accommodated the request. He explains that those wishing a funeral without Kaddish and Kel Molei Rachamim should have that right for he does not believe one may force a family to have a religious funeral if they do not want it.