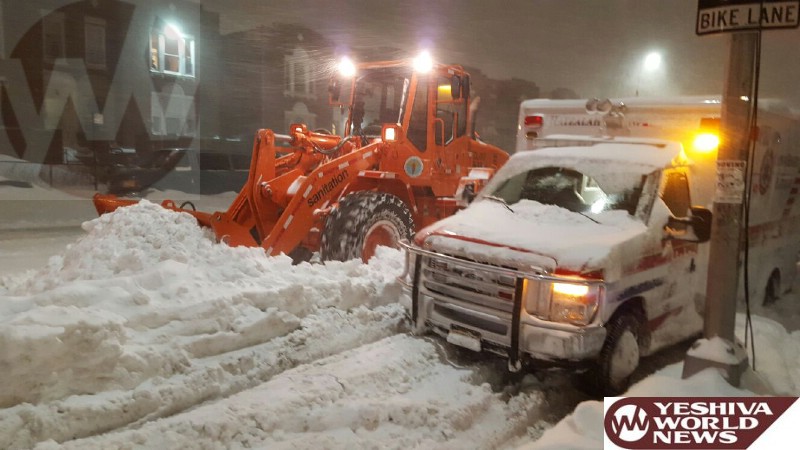 Thanks to Crown Heights Hatzolah, a man in cardiac arrest was successfully resuscitated during the blizzard, and made a tremendous Kiddush Hashem in the process.

Sources tell YWN that at approximately 7:45PM on Saturday night at Lefferts Avenue and Troy Avenue, 51-year-old man was clearing the snow from his parked car, when he suddenly stopped breathing and collapsed into cardiac arrest. Someone called Hatzolah, and a Crown Heights Hatzolah volunteer happened to be standing around 50 feet away – also clearing snow from his car – grabbed his life-saving equipment and ran over to offer assistance.

After seeing that the man was in cardiac arrest, he called for backup, and placed his AED (Automated External Defibrillator) on the man – as dozens of local residents watched. Miraculously, the machine shocked the man, and brought his pulse back!

A Hatzolah ambulance along with Paramedics arrived seconds later, and the man was placed into the back of the ambulance and rushed to a nearby hospital.

His exact condition is unknown, and is being treated a local hospital.