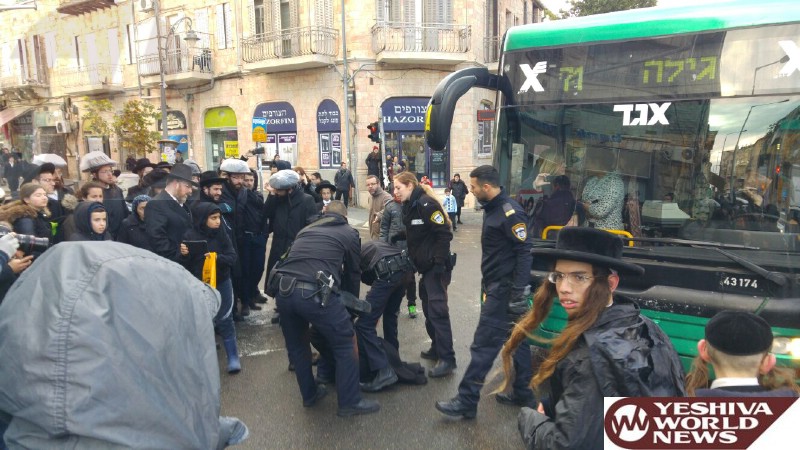 Once again it was a familiar scene in Kikar Shabbos, Tuesday afternoon, as a Hafganah was started followed by arrests, and naturally followed by the screams of “Nazi”.

The group of around ten people were protesting the arrest of two Chareidim who were reportedly taken into custody on Monday for failing to show up an an IDF Induction Center.

As can be seen in the attached video, a group of men held the impromptu protest in the middle of the day, as they sat down in the center of the street, bringing the busy intersection to a screeching halt.

Buses were forced to let off their passengers, who were trying to make it home before a predicted storm hit the area.

As is expected, the Israel Police responded and after asking the demonstrators to get up and move, were forced to physically remove them and arrest seven protesters.

The usual screams of “Nazi” and “Shiksa” were used as Police removed the demonstrators.

The street was reopened to pedestrian and vehicular traffic shortly after. 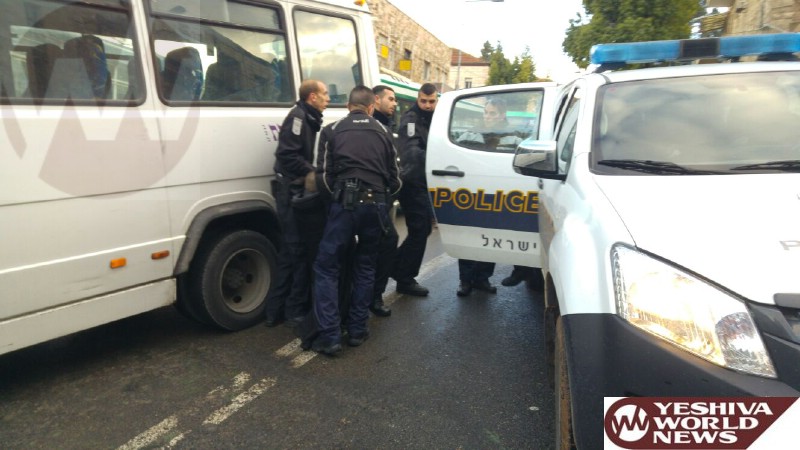 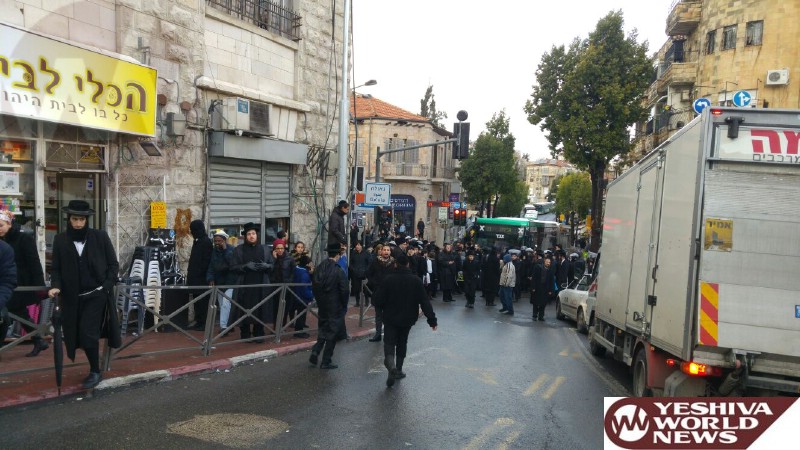 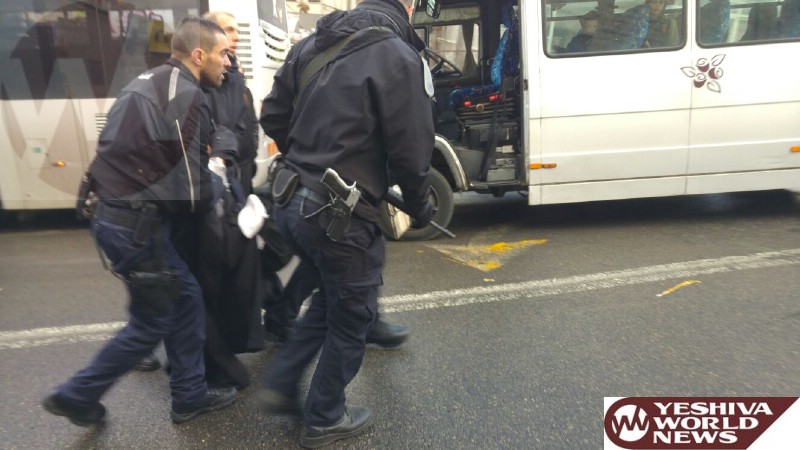 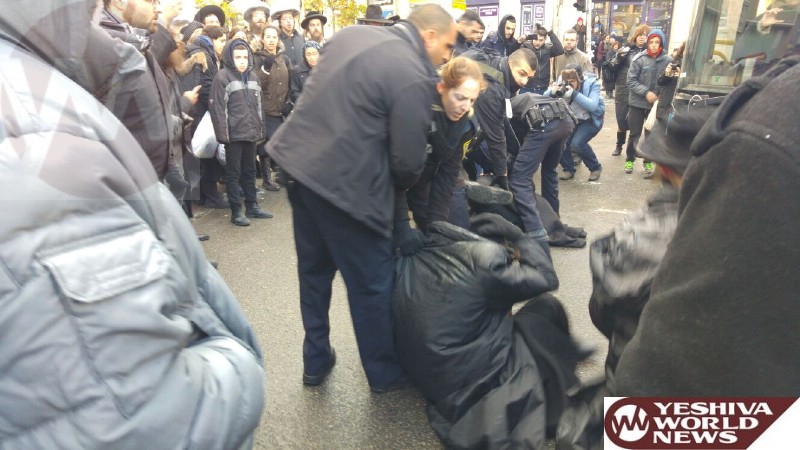 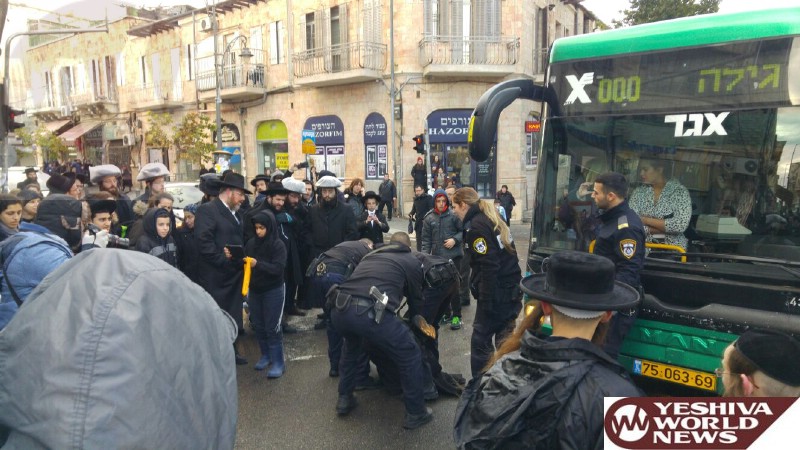 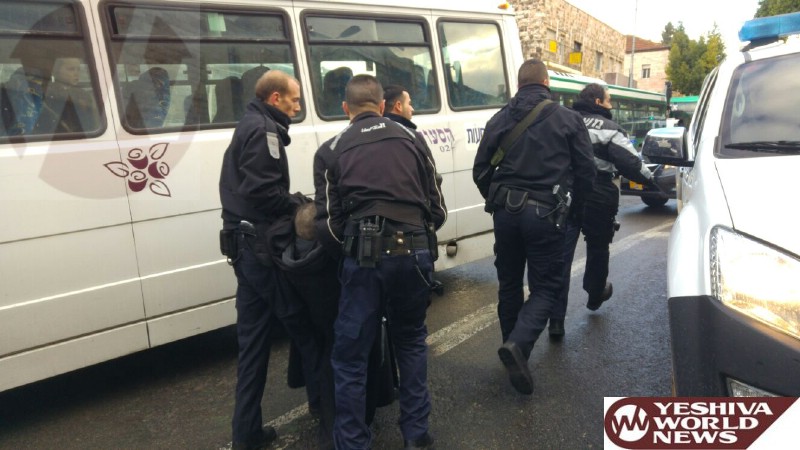 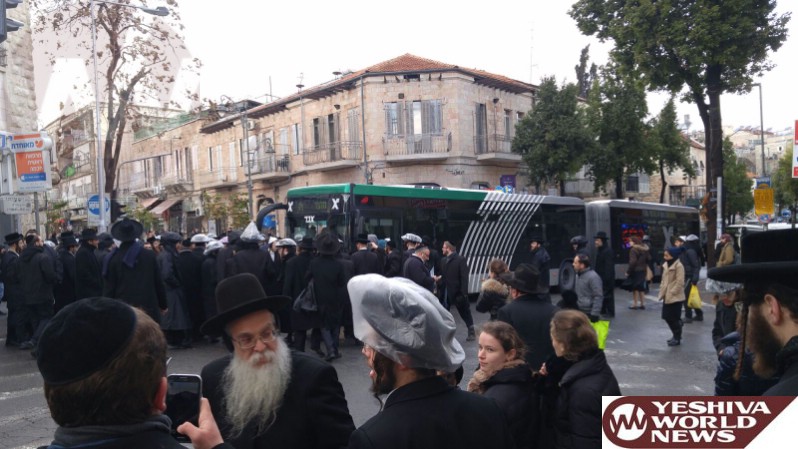 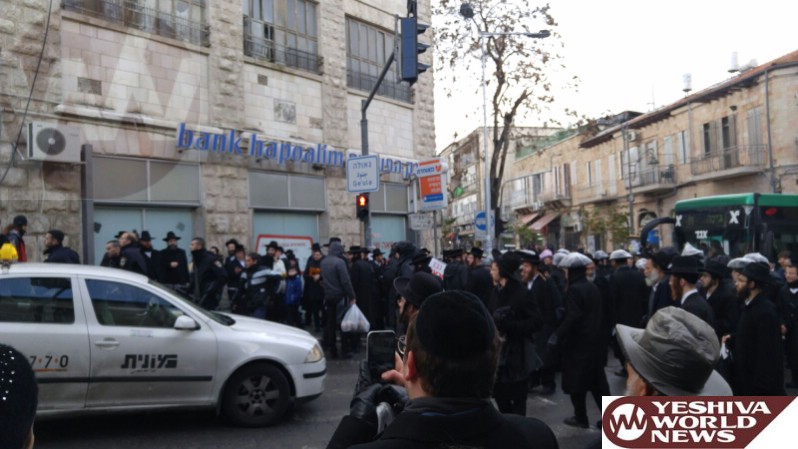