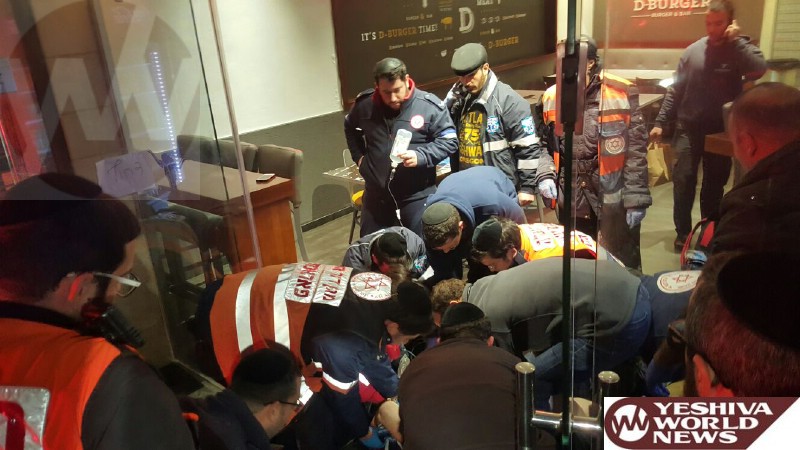 A Chareidi man was seriously wounded after being stabbed by a Palestinian terrorist on Wednesday night.

The attack happened outside a gas station in Jerusalem’s Givat Ze’ev neighborhood just after 11:00PM.

The victim, reportedly around 50-years-old, is in serious condition, and was being treated by Hatzalah Volunteers and Magen David Adom Paramedics.

The attacker was chased by civilians, and was apprehended until police arrived and took him into custody.

Additional details will be published when they become available.