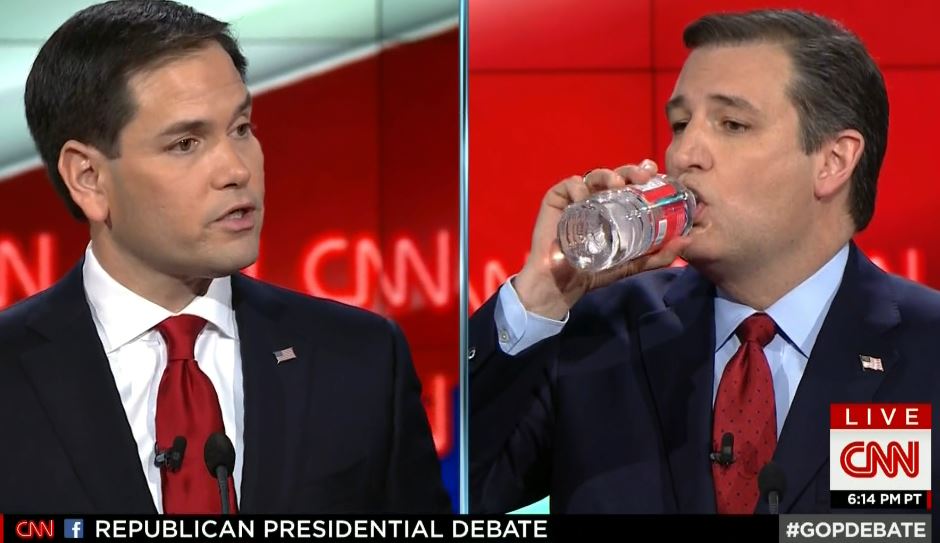 Whatever the polls, Marco Rubio insists that Donald Trump won’t be the Republican presidential nominee. No way, no how.

But the Florida senator — publicly confident but still trailing the 2016 front-runner — also feels compelled to spell out a doomsday scenario for his party if Trump rolls on to victory.

Rubio tells CBS’ “Face the Nation” that if Trump wins the nomination, “it will split us and splinter us in a way that we may never be able to recover and the Democrats will be joyful about it.”

Ted Cruz doesn’t think it will happen, but he’s acknowledging that a super showing by Donald Trump on Super Tuesday could perhaps seal the nomination for the billionaire businessman.

Cruz tells CBS’ “Face the Nation” that “there is no doubt that if Donald steamrolls through Super Tuesday, wins everywhere with big margins, that he may well be unstoppable.”

Republicans will vote in 11 states, with 595 delegates at stake.

Cruz and Marco Rubio are the leading contenders trying to slow down Trump.

Cruz says he’s the only one who can beat Trump, and the Texas senator is making this appeal to voters: “I would encourage you, even if you like another candidate, stand with us if you don’t want Donald to be the nominee.”