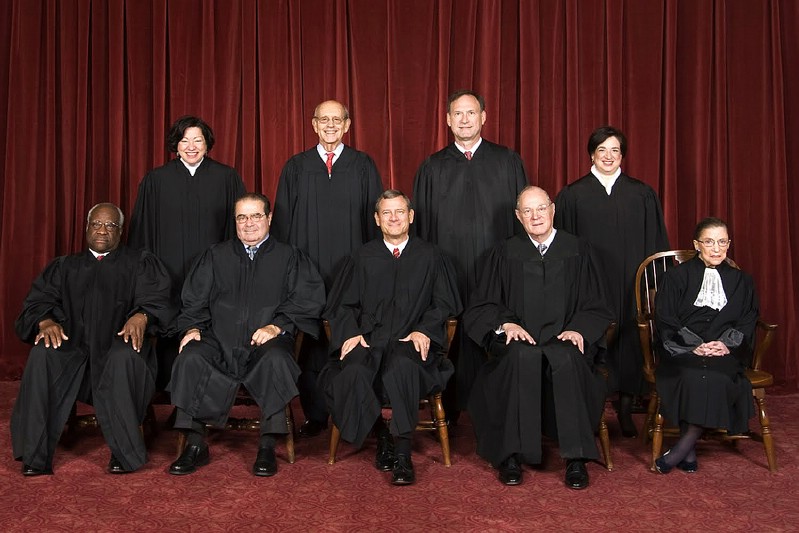 Since 2010, the Supreme Court has not had a Protestant justice, a remarkable fact considering the court was dominated by them for much of its history. But if President Barack Obama’s nominee, Merrick Garland, is confirmed, the court would shift to an even more fascinating makeup: conservative Catholics and liberal Jews – though not entirely, as Justice Sonia Sotomayor, an Obama pick, is also Catholic.

While striking, such a division is muted by the fact that the Supreme Court is a place of a lot of consensus.

“The optics aren’t great, just as when men and women disagree. I don’t like it when Republicans and Democrats (by nomination) disagree. However, Americans think every case is a 5-to-4 culture war, but the truth is that more than half of cases are unanimous or 8-to-1 votes,” said Richard Garnett, a Notre Dame law professor who focuses on church-state issues and was a Supreme Court clerk.

Garland’s nomination quashed, for now, a different Supreme Court-religion story – that of Sri Srinivasan, who could have been the first Hindu to be confirmed, or nominated, for that matter.

The nomination or confirmation of Srinivasan would have been “an interesting statement about and reflection of America’s evolving religious landscape,” Garnett said. For much of the past century, he said, there was a “Jewish” seat and a “Catholic” seat and the rest of the bench was filled with Protestants, the faith of America’s founding elite. Then in the 1980s and 1990s, he said, things began to change. Since the confirmation of David Souter, an Episcopalian, in the early 1990s, every new justice has been Catholic or Jewish.

“I joke with my students that a lot about the Supreme Court would surprise the Founding Fathers, but the most surprising thing to [the Founding Fathers] would be that there are no Protestants and that one Catholic is the African American descendant of slaves. This could have been another chapter” with Srinivasan, he said, but it was not.

Garnett said one possible explanation for the religious makeup of the court is that in the Reagan-Bush years (1980s and early 1990s) if presidents were looking for reliably antiabortion candidates, many Catholics were graduating from leading law schools. Catholics were prominently opposed to abortion, so it’s possible that stance made them particularly attractive candidates, Garnett said. Before then, Catholics – as well as Jews – were largely excluded.

Garnett also mentioned one potential logistical issue if Garland is confirmed: Jewish high holidays, which come in the fall, often on weekdays. On those days, most Jews are in synagogue. “If oral arguments are on the high holidays, if four of them are out, you barely have a quorum.”

It’s not clear what a Justice Garland would mean for one of the biggest religious issues today: the tension between anti-discrimination protections and religious freedom. In the U.S. Court of Appeals for the D.C. Circuit, where Garland is the chief judge, many cases revolve instead around issues such as administrative law and regulatory questions, Garnett said.