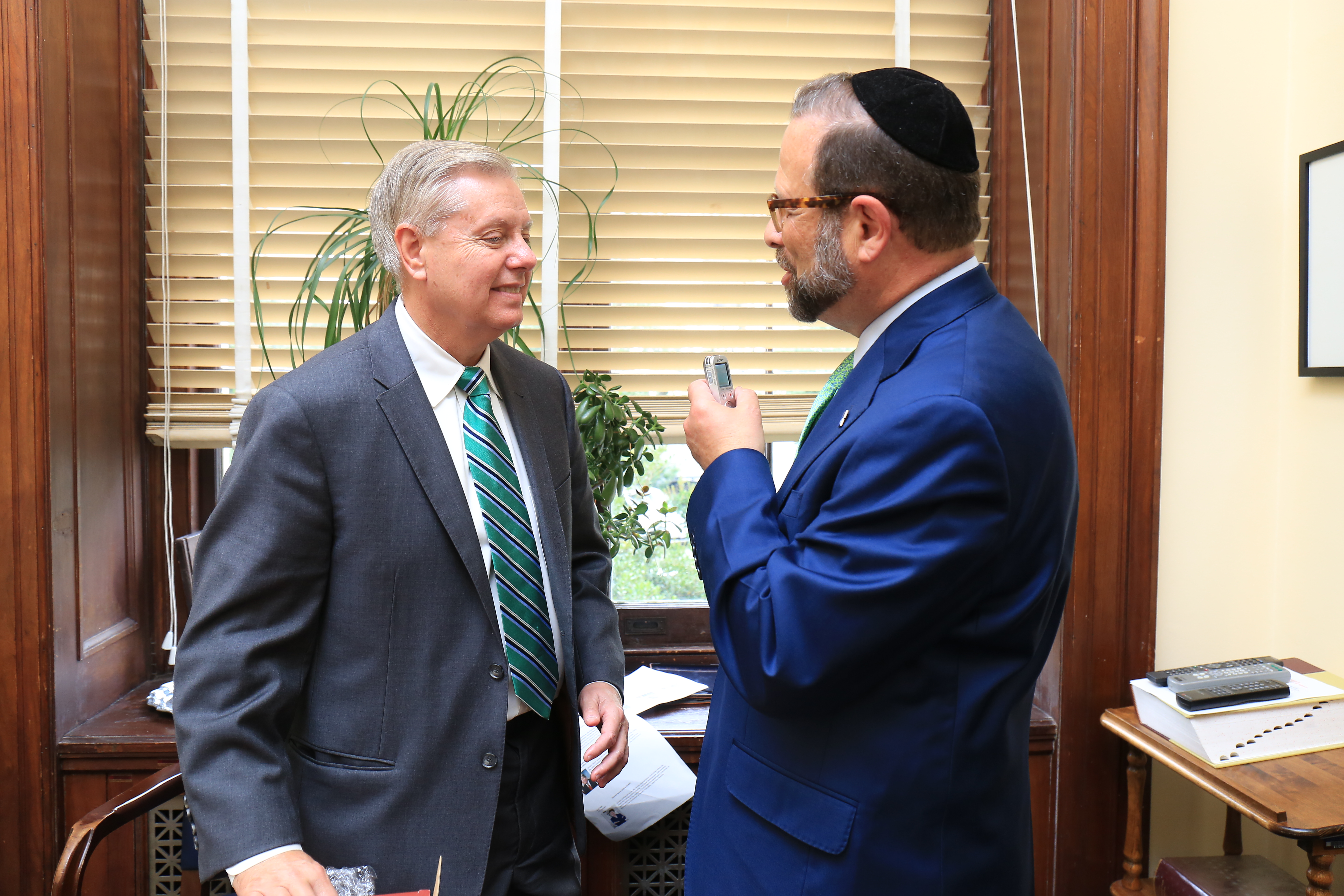 Recently, the Senate Appropriations Committee approved, in a 30-0 bipartisan vote, $600 million in funding toward Israeli missile defense programs, mandating that Israel’s Qualitative Military Edge must be maintained. The proposed bill will fund the short- range Iron Dome missile program, and long-range missile projects including Arrow Weapon System, and David’s Sling anti- missile program. This funding is part of a $576 billion Defense Appropriations bill, which was passed with a wide, bipartisan majority. However, the Obama administration, which has proposed missile defense funding at a much lower number, pushed back, threatening to veto the bill.

In light of this pushback from the Obama administration, a key delegation, part of the U.S.- Israeli Security Alliance, met with U.S. Senators who were instrumental in the $600 Million appropriation for Israel’s defense. 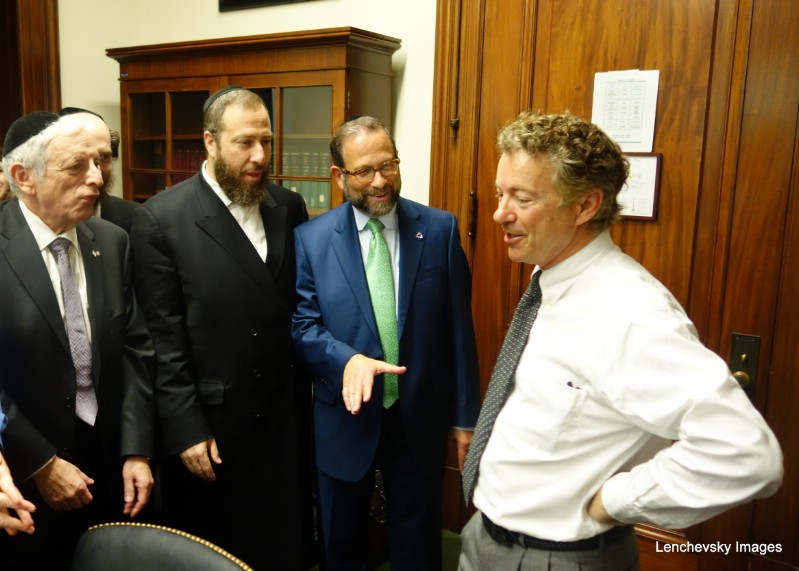 “The main purpose of our coming here today,” explained co-chair Joseph B. Stamm, “is to thank the group of bipartisan senators who have been instrumental in the passage of this legislation.”

The delegation wanted to “make sure that the Senate stays on top of it, recognizing that this is a two-way relationship regarding bilateral trade,” said co-chair Leon Goldenberg. Aside from the moral responsibility to Israel, Leon Goldenberg wanted to emphasize the overall robust partnership between the two countries. He stated, “the American defense establishment does not only support Israeli missile defense capabilities and innovation, but also needs and appreciates it. The law states that 75 percent of the money spent in cooperation with Israel on missile defense must be spent in the U.S. Therefore, the U.S. not only benefits from Israeli technology, but U.S. defense contractors also benefit by association.” 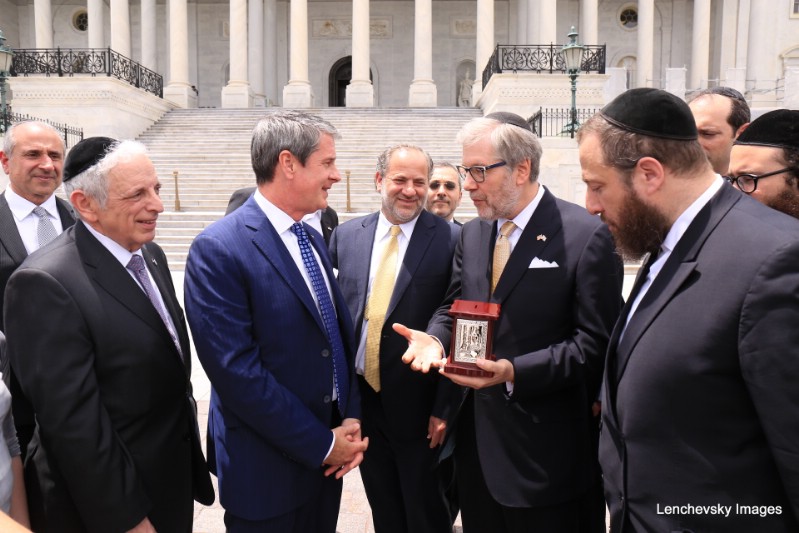 Goldenberg further explained: “Israel is now the 23 rd largest trader with the United States. There is almost 40 billion dollars in trading going back and forth. There are a quarter of a million jobs in the US tied into Israeli companies. Israel is the 5 th largest investor in the United States – ahead of China. It’s not just about helping Israel, but it is also about how America benefits.”

Co-chair Sol Goldner added: “It’s a two-way street. The United States benefits as well from the technology and the money that’s spent here for the procurement.”

In further agreement, Senator Lindsey Graham, keenly stated: “Helping Israel is helping ourselves.” As Chairman of the Senate Appropriations Subcommittee on Foreign Operations, Lindsey Graham “is in a key position to understand the need to support our allies, especially the of Israel,” Ezra Friedlander, CEO of The Friedlander Group, explained.

Senator John Boozman shared similar sentiments: “The need to bond with Israel is more important than ever.” The U.S. and Israel have such an important friendship, and Senator Kirsten Gillibrand – who, in a bipartisan fashion, authored and secured a letter urging the Appropriations Committee to completely fund the $600 million – argued that it is an “unbreakable bond, something we rely on not only for national security, but also for economic growth. We are fundamentally tied. Their well-being is our well-being.” 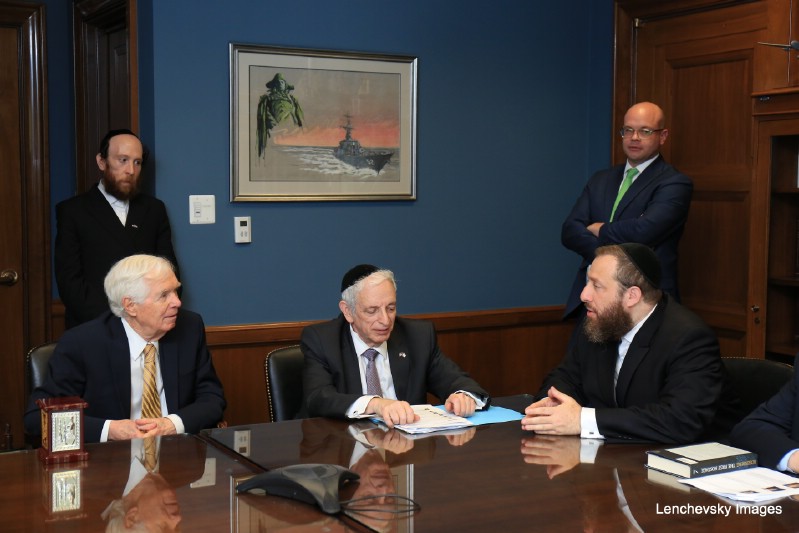 After visiting an Iron Dome site, Senator James Lankford noted, “there are areas we could share information back and forth and be mutual accessible to each other.” In regards to the Iron Dome missile program, Senator Thad Cochran encourages Congress to keep doing what they’re doing: “I think we’ve done very well in supporting the Iron Dome, so don’t mess it up,” he said.

“If you’re going to test the system, our friends in Israel have tested it with great success, and it only gets better,” said Senator Roy Blunt, describing this bill as one he very much cares about. “We believe Israel knows on its own what’s best for itself,” explained Sergio Gor, Senator Rand Paul’s (R-KY) Communication Advisor. “Last year [Senator Paul] introduced legislation to defund the Palestine authority unless they recognize Israel as a Jewish state.” 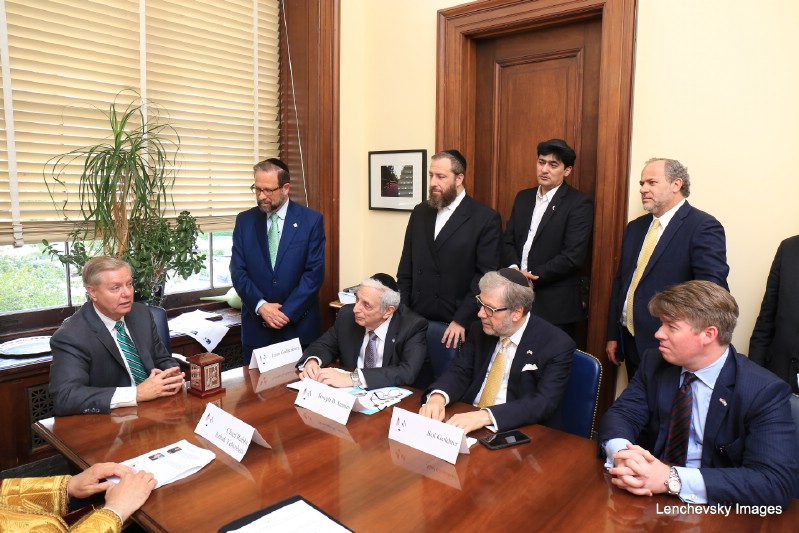 Bukharian Chief Rabbi Itzhak Yehoshua has high hopes the administration will pass the bill, noting, “The U.S. has introduced freedom to the world and has always supported Israel which is the only democracy in the Middle East.”

Thanking the delegates for their advocacy, Senator David Vitter asserted: “I’m a proud thousand percent supporter of Israel… and that will continue, but we always need to keep enlarging that root.”

Congressman Ed Royce, chairman of the House Committee on Foreign Affairs, disclosed why he’s such a strong supporter of Israel. Mr. Goldenberg says it over, “His father liberated Dachau and he took pictures. And he gave those pictures his son, ‘one day they are going to deny all this, here are the pictures that I took.'” 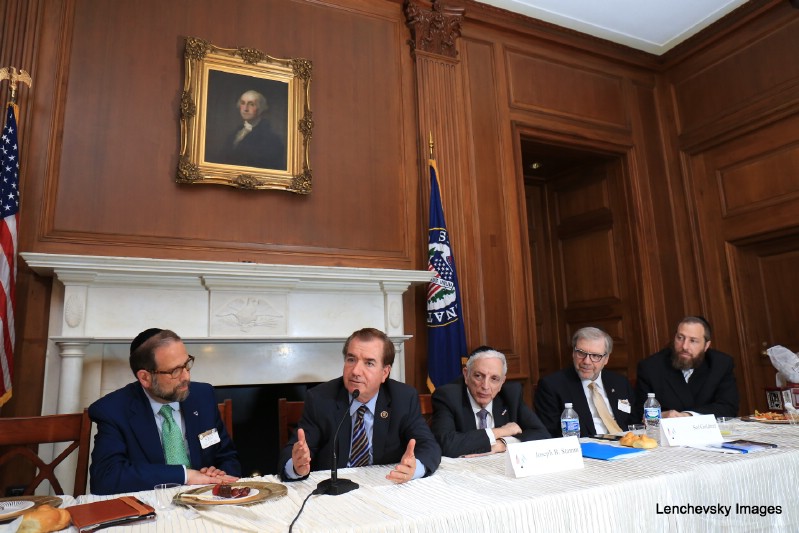 Ultimately, the poignant comment of Ezra Friedlander, who is behind the efforts of the U.S.- Israeli Security Alliance, holds true: the Israel-U.S. alliance “reminds us that at the end of the day, we all need each other.” 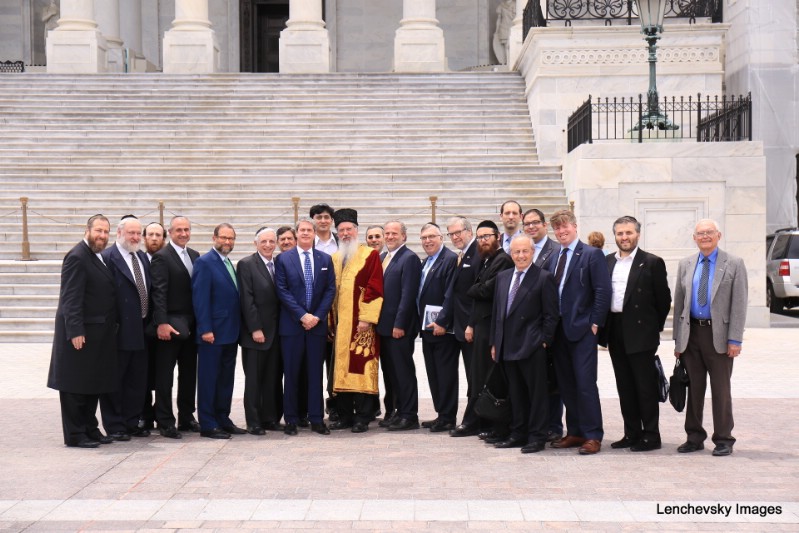 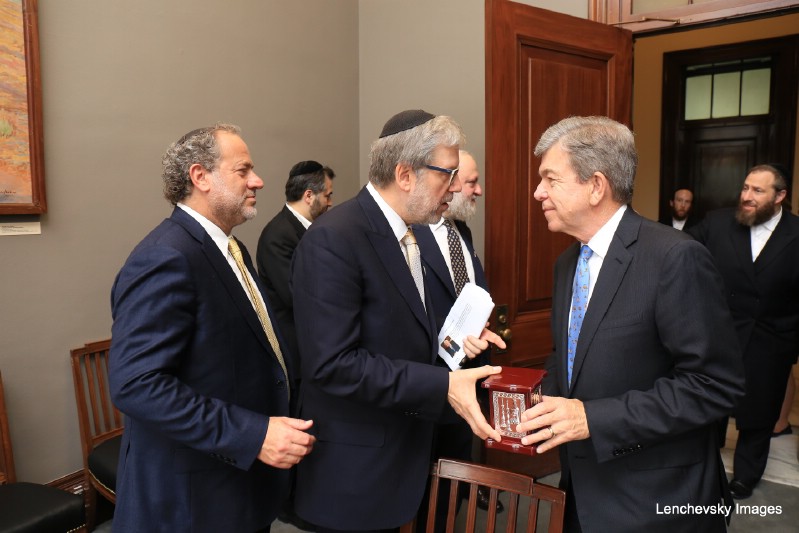 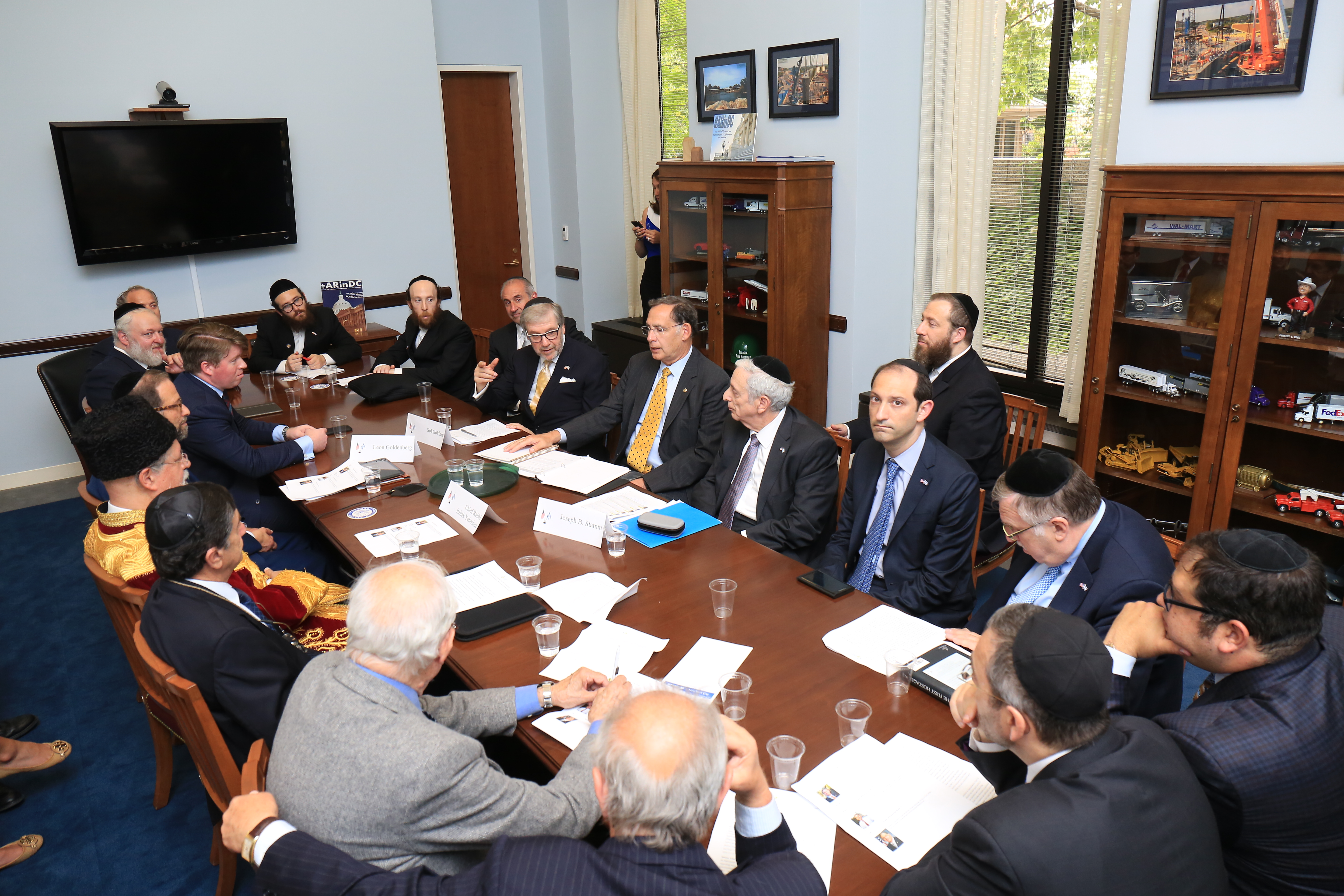 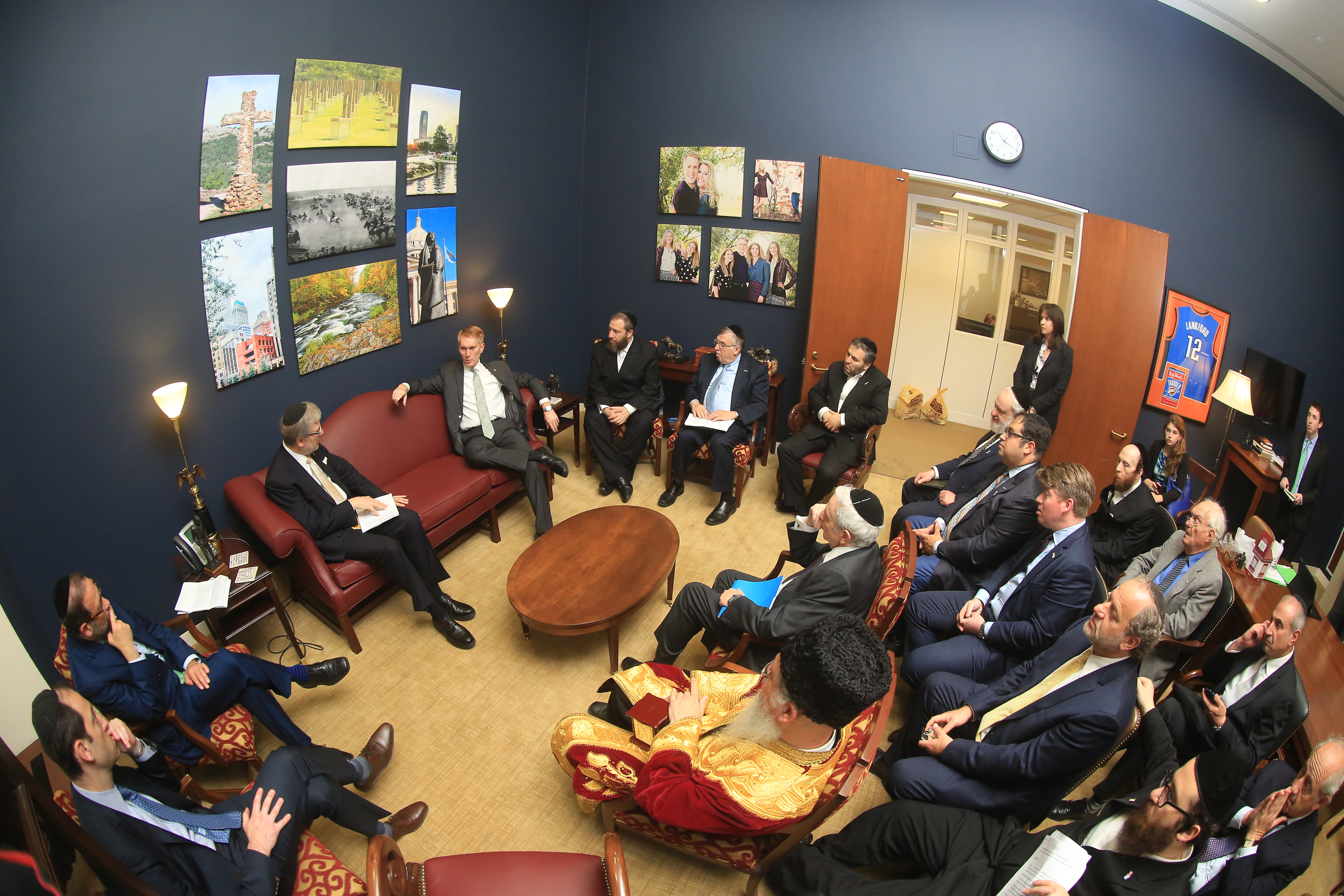 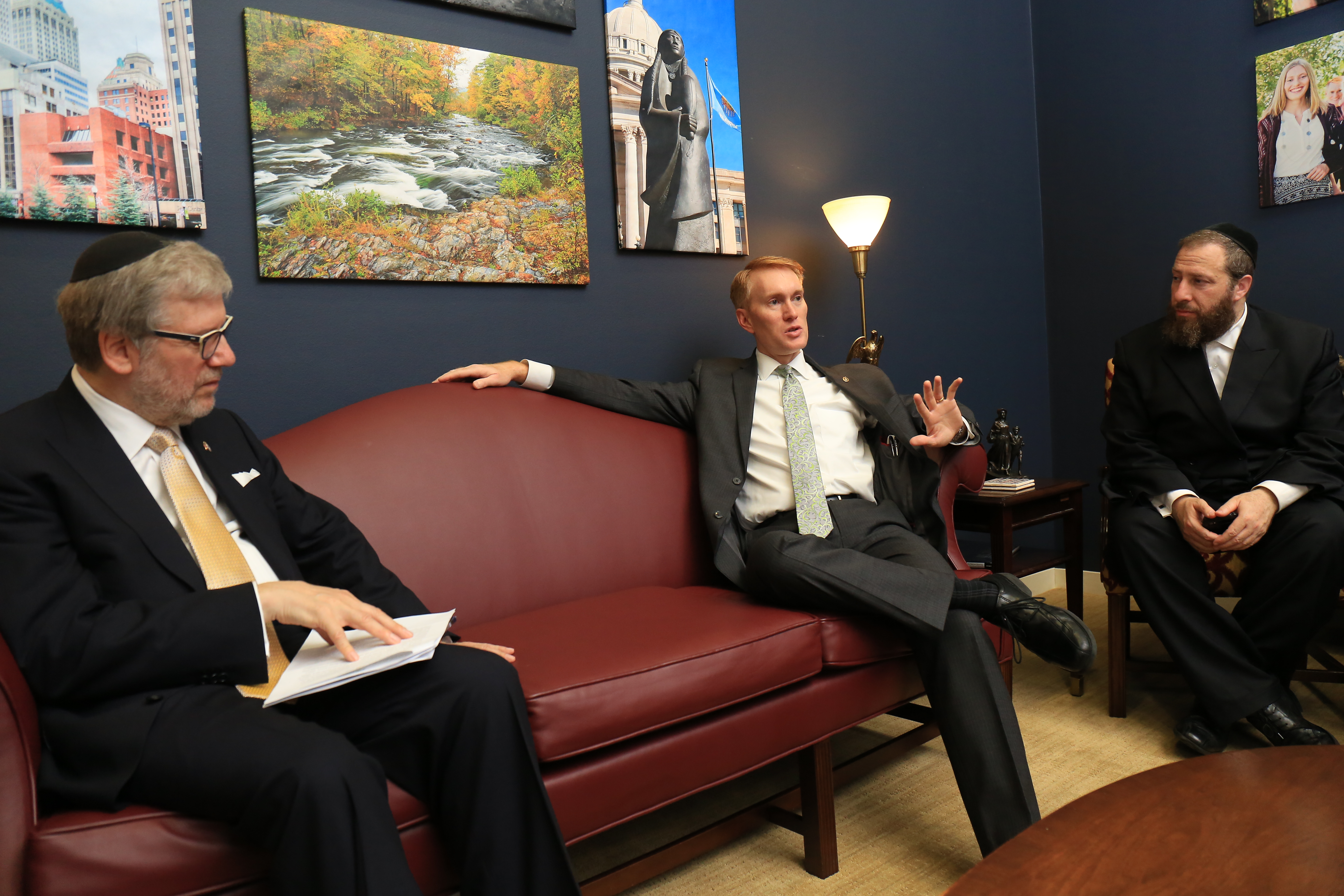 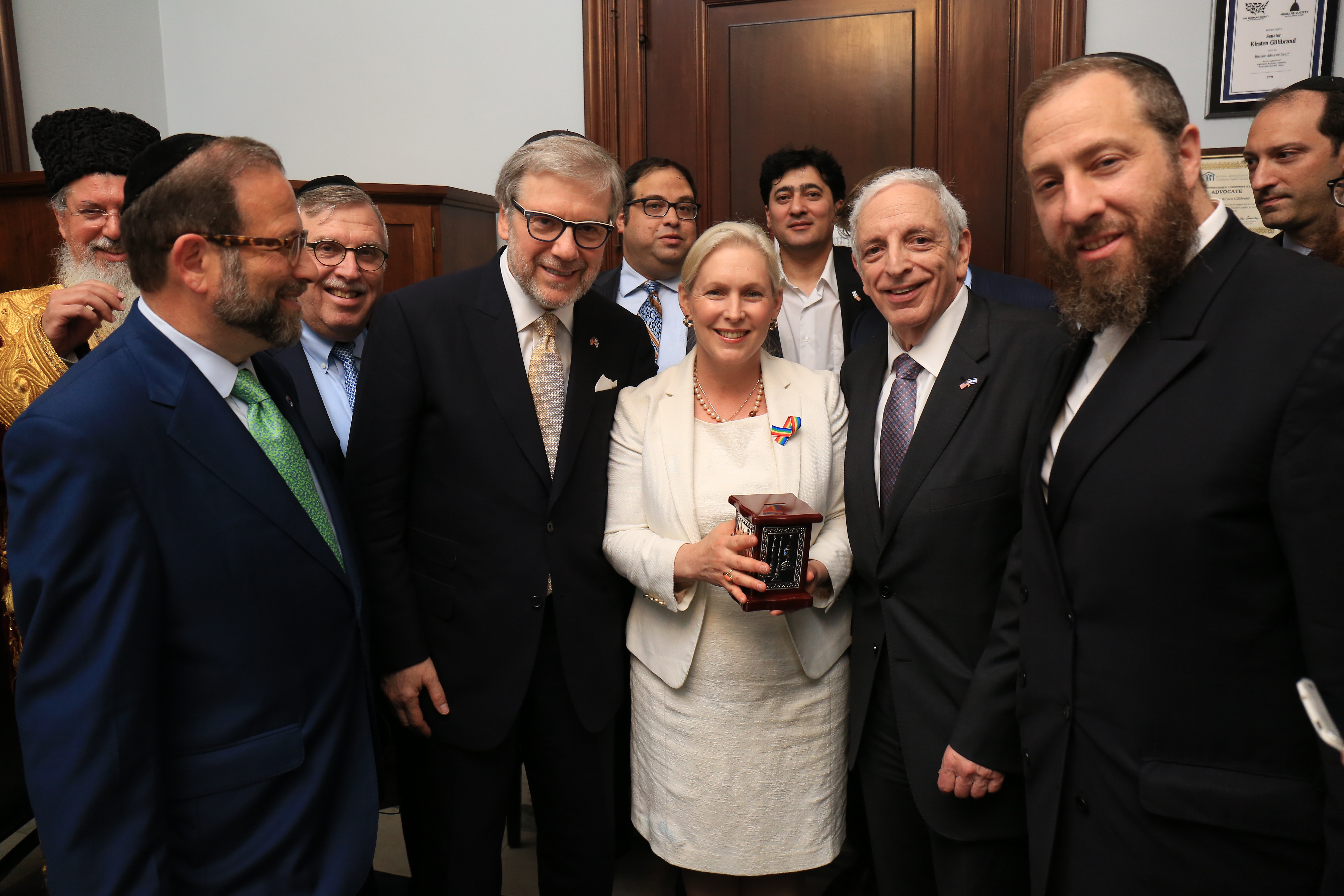 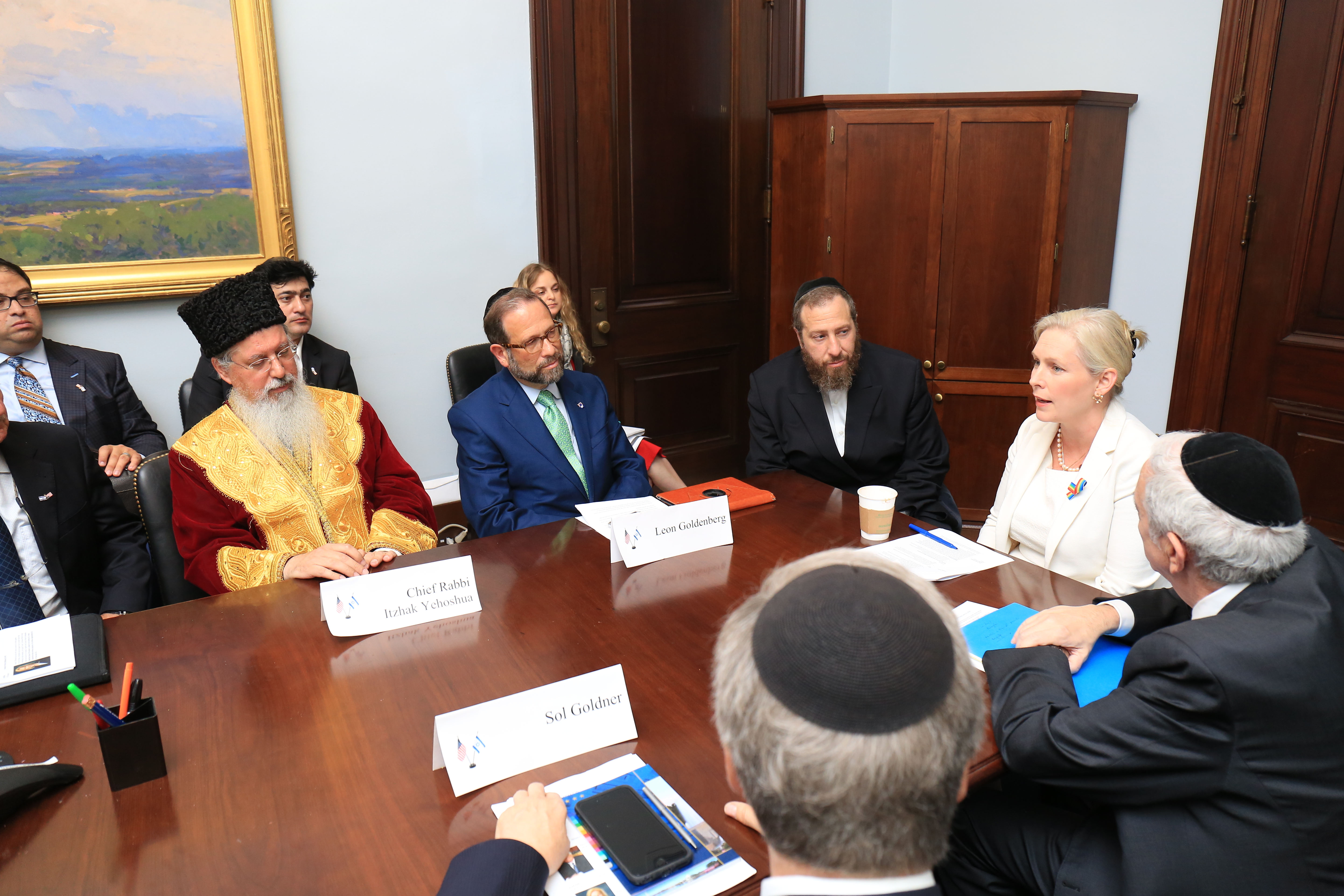 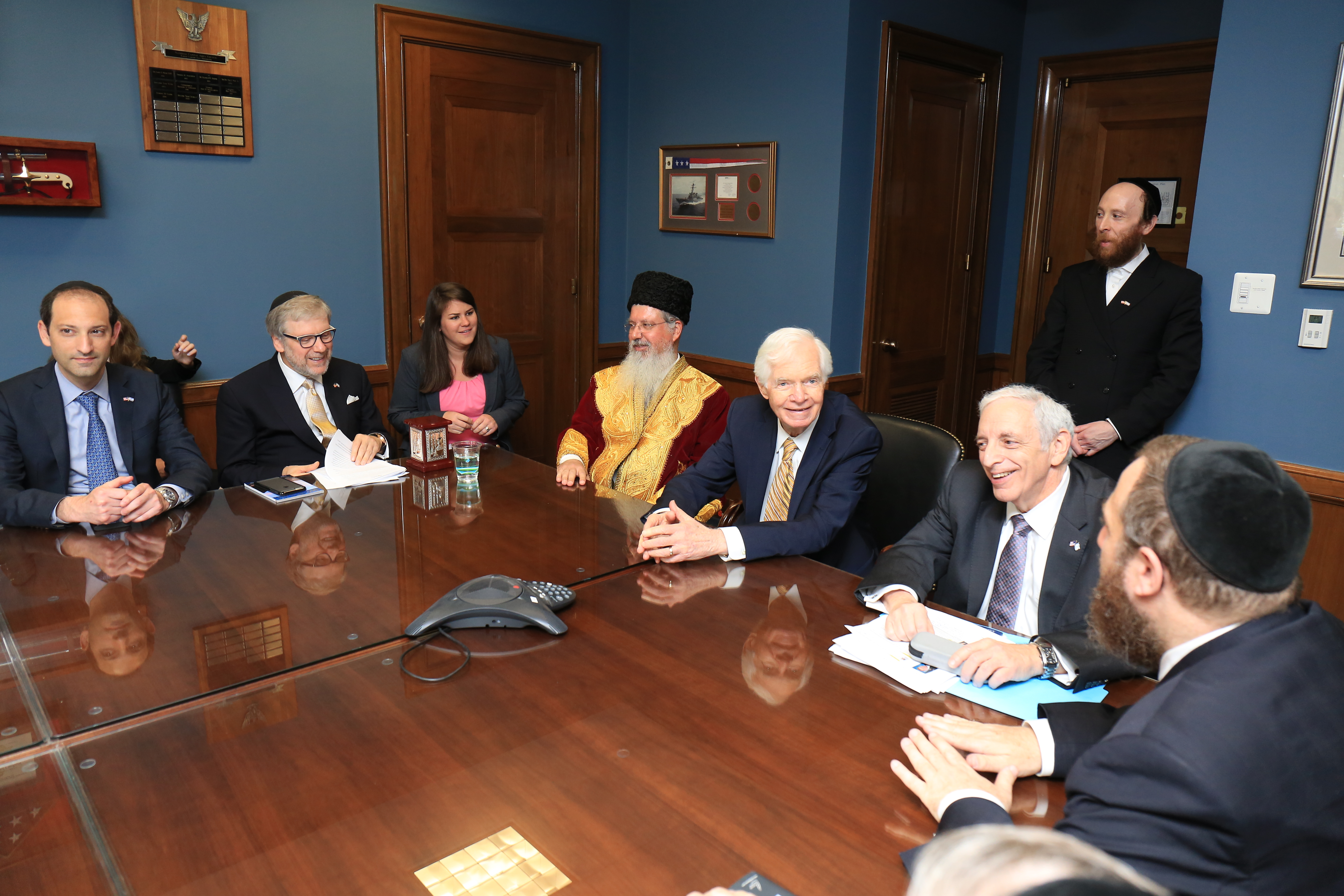 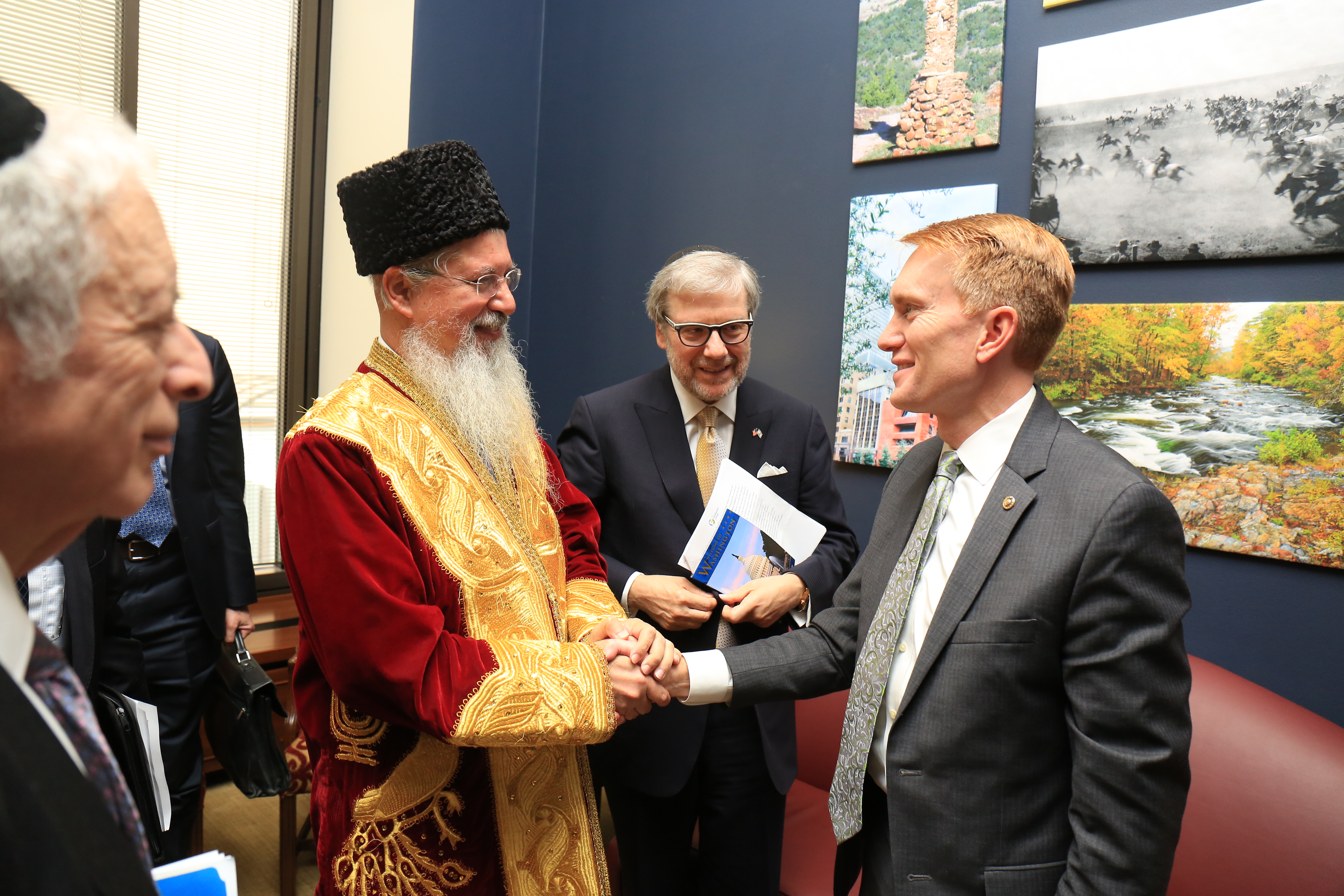