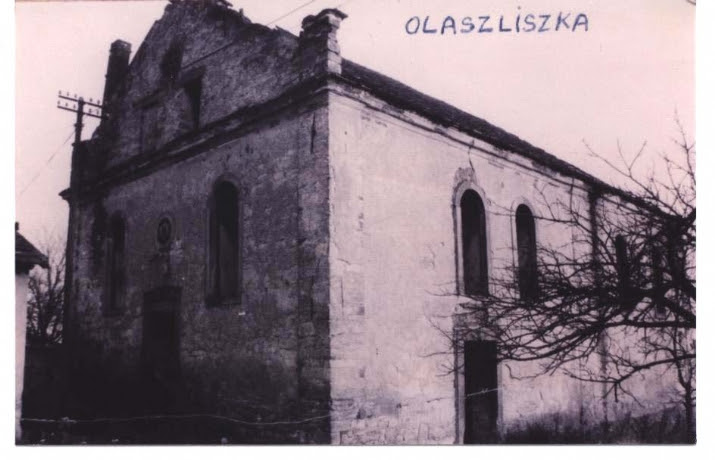 One would imagine that after 70 plus years in the post Holocaust era, there would little to left to restore, or preserve of Jewish remains in Europe. However, that is not so. A project that has been in the process for several years is about to be completed. The last remaining wall of the Shul in Liska was preserved and reinforced complemented by the construction of a corresponding wall that on the site where the entrance stood also delineating the exact of the footprint of the original Shul.

Nestled in the picturesque Tokay wine region of Hungary is a small town called Liska (Olaszliszka), that barely merits a mention on the current Hungarian map but looms large when the history of Chasidic life in Hungary is studied. 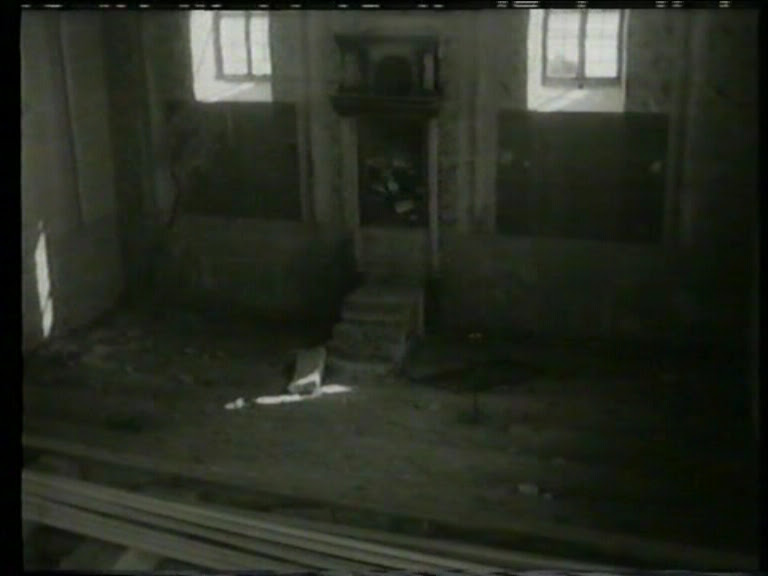 Liska was a focal point where Chasidus was disseminated by Rav Tzvi Hersh of Liska in the 100 years preceding World War II.

Although as was customary in pre-war Europe, most towns that boasted a Chassidic Rebbe had a Shul under the auspices of the kehilla and a Bais Medresh where the Rebbe traditionally davened. What is unique about this particular Shul in Liska that it was personally built by Rav Tzvi Hersh of Liska for the Kehilla in the last years of his life and it successively graced multiple generations of Liska Rebbes.

Unfortunately, the Shul has ceased to be utilized when Hungarian Jews were deported in June 1944 until the end of the War when Jews actually returned to Liska where it again functioned as somewhat as a Kehilla until after 1956, when the majority of Hungarian Jews immigrated abroad yet. This chapter lasted until the mid-1960’s when Reb Oizer Dov Roth write to the previous Liska Rebbe, Rav Yoizef Friedlander ZT’L that due to this declining health he is leaving Liska and moving into an old age home in Budapest regretfully informing him that he will be unable to maintain the shul. 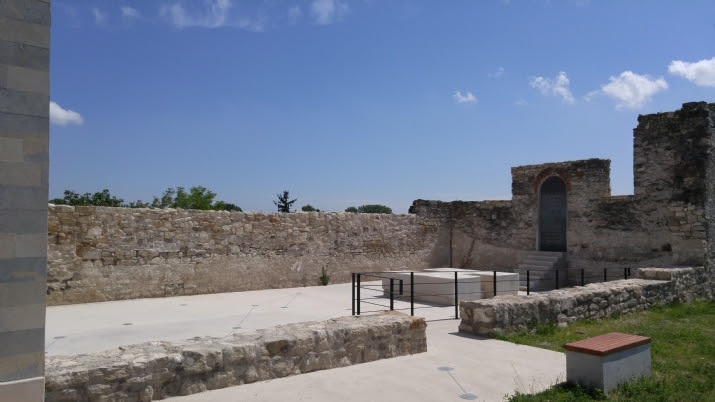 Sadly, those years were the height of communist control was at its peak and due to a combination of reasons including local hoodlums, government indifference the Shul was systematically destroyed and by the late 1970’s only the “mizrach Vant” was left standing where it remained in its sad state.

Fast Forward to 2012. That was the year that the Wallenberg Commission established by Ezra Friedlander, CEO of The Friedlander Group and son of the Liska Rebbe spearheaded an effort to commemorate the heroism of Swedish diplomat Raoul Wallenberg who was credited with directly and indirectly saving 100,000 Hungarian Jewish lives in the waning months of World War II, a project that that culminated when the United States Congress posthumously awarded Wallenberg with the Congressional Gold Medal. During the Wallenberg project, Mr. Friedlander interacted with the Hungarian Embassy’s Congressional liaison, Ms. Anna Stumpf Smith- Lacey and raised the status of the Shul in Liska and stressed the importance of preserving it.

“The sad state of the shul in Liska was always on my mind but my father, the Liska Rebbe; however, he adamantly instructed me not to engage in a project that would require Jewish communal funds for the preservation of the Shul in Liska, holding the opinion that this is a responsibility of the Hungarian government as the Shul was an officially recognized Kehila, and expressed his displeasure about the vast sums of communal monies that is spent on acquiring or restoring communal properties in Hungary that remains unused. ” highlighted Mr. Friedlander.

In Hungary, Orthodoxy enjoyed official status when it broke away from reform (Neolog) a chapter in history that Rav Tzvi Hersh of Liska played a dominant role. 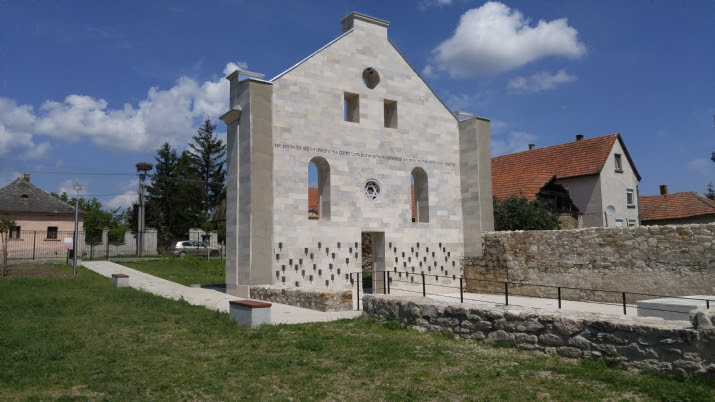 Eventually a funding opportunity to preserve the Shul was proposed as a joint venture by the Hungarian Government and the European Union to mark the 70th anniversary of the Hungarian Jewry’s deportations to Auschwitz with a mission of preserving Jewish heritage sites across Hungary.

During the planning process “we raised concerns regarding overseeing such a sensitive project from afar” explained Mr. Friedlander. In response, the Hungarian Consul General Karoly Dan in NY visited the current Liska Rebbe offering his assistance and suggested to have Chabad in Hungary (which is governmentally recognized as a kehilla) and not by the Neolog (reform) to oversee the preservation project. 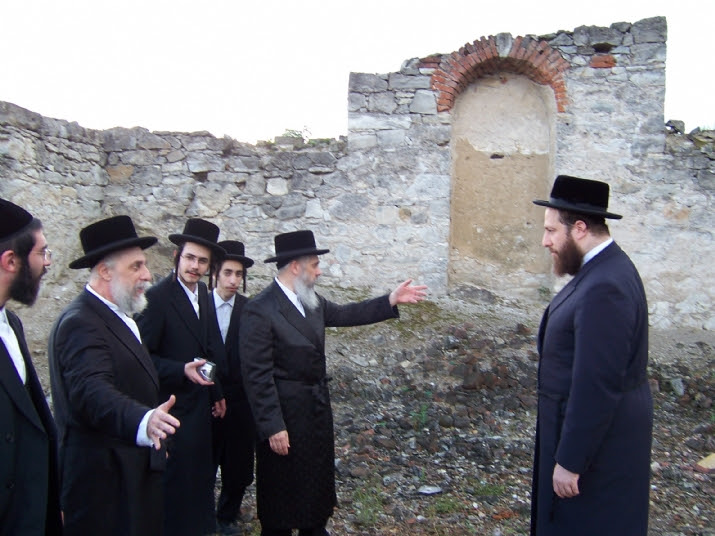 Indeed, the restoration and preservation of the Shul in Liska was executed with commitment and perfection by Chabad Rabbi Slomo Koves on behalf of the Liska Kehilla and will immortalize this revered name in Chasidic culture from time immemorial regarded as one of the most prominent Hungarian Chasidic courts.

“Indeed, I would like to express my hakaros hatov to Rabbi Slomo Koves for representing the interest of the Liska Kehiliah here in the United States as well as descendants of the various Liska Rebbes as well as countless families worldwide who trace their roots and heritage to Liska” concluded Mr. Friedlander. 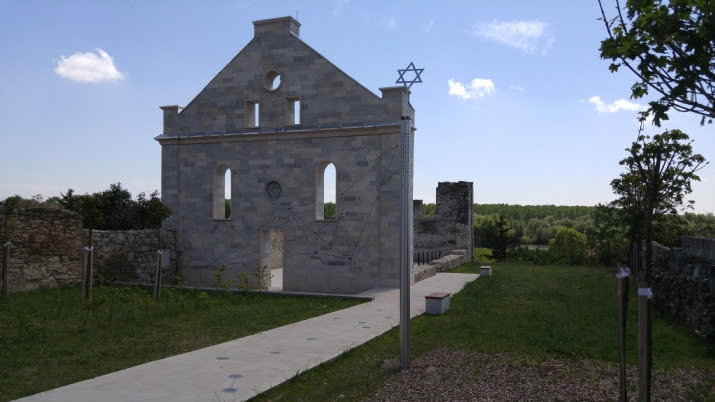 Mr. Friedlander also expressed his appreciation on behalf of the Liska Chassidic community to Ms. Anna Stumpf Smith-Lacey for initiating the process that led to the eventual restoration of the shul. 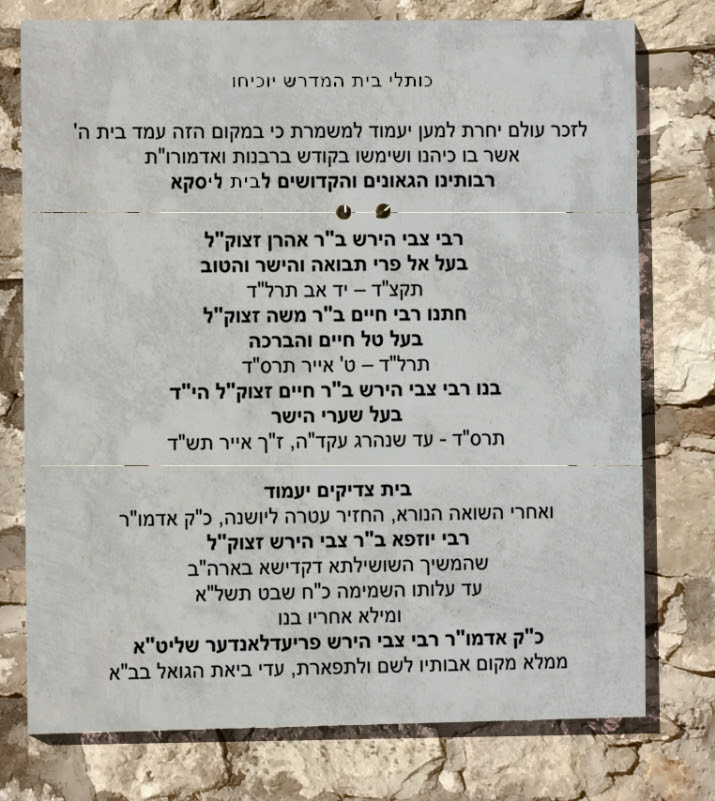